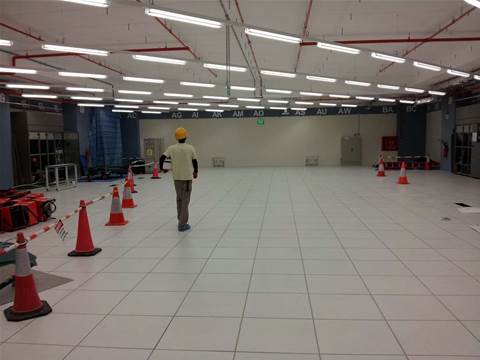 The CEO of US internet giant SoftLayer is visiting Sydney and Melbourne this week in a bid to determine which city will host the company's next data centre.

SoftLayer is one of America's largest and fastest-growing web hosts. It is considered to be at the forefront of cloud computing, despite the model accounting for only ten percent of revenue.

The company provides hosting to predominantly software-as-a-service and web companies, 300 of which are based in Australia.

Customers today are served from one of 13 data centres in the US.

It is also the facility provider for SoftLayer's first data centre in Singapore, launching later this week and opening October 3.

SoftLayer will open a facility in Amsterdam in November.

Next on the list, says Crosby, is to build a 4000-server pod and several telecommunications Points of Presence (PoPs) in Australia.

"Over the next 12 to 18 months, we look at the Australian and Brazilian markets as the next expansion," he said.

"Our goal is to populate pods all around the globe to get closer to our customers."

With Digital Realty Trust taking care of the real estate and plumbing, SoftLayer's initial investment in Australia will be to the tune of $20 million worth of servers, storage and switches.

But Crosby said the company would only build in a facility if there was enough space and capacity to expand to four pods – which would mean a future investment of a further $60 million.

"In our world, you put in a lot of networking equipment day one, to support up to four pods," explained SoftLayer chief strategist, George Karidis.

"If you only get one or two pods out of it, you really waste that router real estate. When you get to four, you can go to eight to get more efficiencies, but you have to rebuild a little bit."

The company is as-yet undecided on which Australian capital city will attract the investment.

"We're going to look at both Sydney and Melbourne, then sit down and do a latency map of what local networks look like," Crosby said.

"Typically you need 1200-1500 miles around the physical data centre, changing according to complexity and density, to get that 40 millisecond latency range."

"But then in a country the size of Australia, we can solve the latency problem by having a PoP on a different coast in a different metro area, light fibre between the two locations for improved response times, and tie that back into Asia," said Karidis.

The company decided to expand internationally after surveying customers and realising that about half are based outside the United States, representing 40 percent of revenues.

"We did a customer segmentation and figured out there was at least one or two pods, a pod is about 4000 servers for us, of latent demand in each region from existing customers [Asia/Singapore and Europe/Amsterdam]," Karidis said.

Many customers said they would move their workloads to an Australian data centre from America if given the choice.

Others would add capacity to get closer to Australian end users for disaster recovery purposes.

Crosby said Australian customers are still looking at 40 to 60 milliseconds latency to hit the Singapore data centre, but it would be 100 miliseconds to hit SoftLayer's West Coast data centre in San Jose.

This would be most felt by customers consuming online games, video streaming, voice-over-IP and advertising networks.