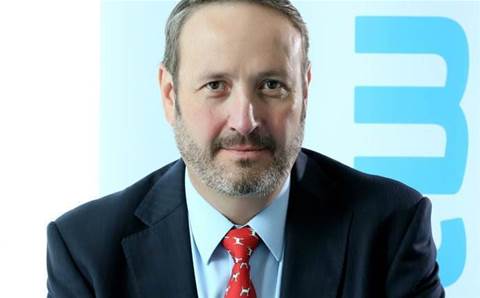 Saxton has 26 years’ experience in the ICT industry and has been with Software AG since 2012.

Mike Saxton is replacing Stanimira Koleva who left the company in July 2016 to join Citrix. The role was taken over by COO APJ and Northern EMEA Mike Slater, who Mike Saxton is reporting to currently.

The company said his contribution to Software AG had been invaluable, especially in growing its business in the Middle East and Turkey.

Before Software AG, Saxton held leadership roles in Europe and the UK with TIBCO, Hewlett-Packard and Neon.

Saxton said his appointment came at an exciting time, with the region experiencing a growing demand for digital transformations solutions.

“With IoT driving the digitalisation wave in APJ, we look forward to expanding our offerings further, growing customer relationships and driving growth for Software AG, our customers and our partners in the region,” he said.

Asia Pacific and Japan is an important market for Software AG, according to Mike Slater, chief operating officer for the region, as well as northern Europe, the Middle East and Africa.

“Mike’s global expertise and industry knowledge positions him well to lead this market,” he said.

In May 2016, Software AG appointed Ana Travers as its partner and alliance manager for Australia and New Zealand.

Software AG said it has more than 4300 staff and operates in 70 countries.