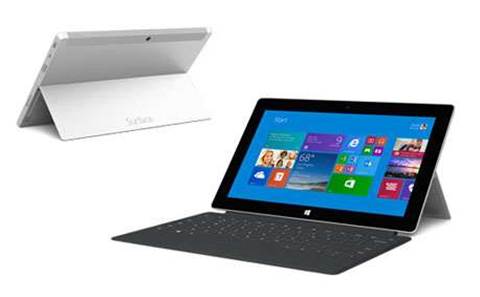 Microsoft is having growing pains as it transitions to selling tablet hardware, and a questionnaire it sent to partners earlier this week about selling Surface tablets is a great example.

Microsoft is reaching out to a "limited number" of partners it has deemed capable of selling and supporting Surface tablets. It's asking them to fill out the questionnaire to gauge their sales capabilities and their willingness to commit to Microsoft's terms for selling Surface.

In cases where partners have to return unsold Surface tablets to Microsoft, the confidential questionnaire, which was viewed by CRN US, calls for "all Surface accessories to be destroyed" by partners.

Partners must also indicate their willingness to "provide a certificate of destruction, as requested by Microsoft," to prove that they've laid waste to the accessories, according to the document.

While it is common practice for vendors to prohibit partners from discounting or liquidating products, several Microsoft partners told CRN US they've never heard of one requiring the destruction of unsold hardware accessories.

"I have seen customer request drives with sensitive data destroyed, but that's obviously a different situation," one partner told CRN US.

Partners also told CRN US they have no idea how they would go about destroying Surface accessories like the Touch Cover and Type Cover, which range in price from US$79.99 (A$87.90) to $129.99, as well as Surface adapters, mice and power supplies. Doing so in an environmentally responsible fashion would add to the challenge, they said.

"Where do I sign up to become a 'Certified Surface Accessories Destruction' partner?" quipped one Microsoft source in an email.

It turns out that Microsoft isn't really asking partners to lay waste to unsold Surface accessories. The language about destroying accessories was a remnant from a previous questionnaire about software, a Microsoft spokesperson said in an email.

"That is a legacy statement related to software and will most likely be stripped out as we continue the vetting process," the Microsoft spokesperson said. "None of the language in the questionnaire should be considered actual requirements."

Microsoft's response raises another set of questions. For example, if Microsoft wants more partners to sell a strategic product like Surface, why did it use an older software-related questionnaire instead of drawing up a new, hardware-focused one?

With Surface sales on the rise, and Surface 2 tablets getting largely positive reviews, Microsoft has decided that now is the time to recruit partners to help out with moving product. But after seeing the questionnaire, most of which pertains to larger partners, are smaller ones still going to be interested?

While everyone makes mistakes, it's hard not to see this one as a sign that Microsoft isn't yet up to speed on this whole devices and services thing.