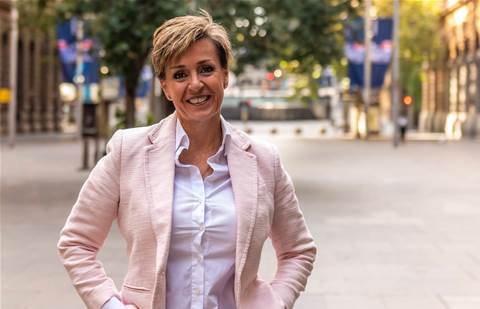 Based in Sydney, Napier reports to New Relic APJ executive vice president and general manager Dmitri Chen, who had been directly managing ANZ before Napier’s appointment.

“This newly created role is recognition of ANZ’s importance to New Relic and we’re thrilled to have someone with Sharryn’s calibre and experience in our ranks,” Chen said. “She’s a strong, dynamic leader with an impressive track record and will no doubt drive exceptional growth for both our customers and the business.”

Napier joins from data analytics software vendor Qlik, where she most recently worked as its ANZ vice president and regional director for close to seven years from 2013 to March 2020.

Prior to that she also worked at Serena Software as APJ vice president from 2010 to 2013, and also worked at CA Technologies in various sales and leadership roles from 2002 to 2010.

Napier said, “New Relic’s leadership in observability has been crucial to helping companies solve software problems faster with a clear, unified view across their digital landscape. Organisations that have been procrastinating about moving to the cloud have had to rapidly change tack to survive in the current climate.”

“I’m excited to be a part of the New Relic team and look forward to helping our customers accelerate and succeed in their digital transformation and cloud migration efforts.”

New Relic specialises in application performance management software, with a cloud-based observability platform as its flagship product. The company counts Melbourne-based Mantalus and Sydney-based Solista as some of its local partners in Australia, while some customers include Australia Post, ANZ Bank, Telstra, Atlassian, Service NSW and more.

Grow your software revenue by selling these 5 affordable, essential tools for the modern workplace
By Nico Arboleda
Apr 17 2020
11:07AM