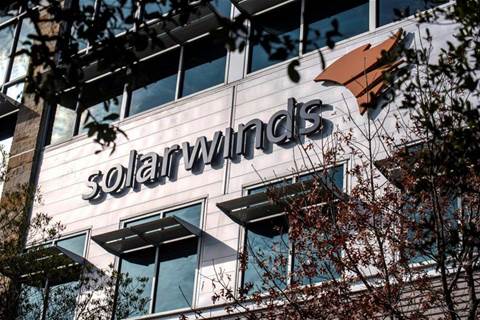 A big increase in subscription revenue has executives at IT management and observability technology developer SolarWinds predicting it will see US$1 billion in annual recurring revenue by 2025.

“Our expanded offerings portfolio and our expanding market opportunity, which we believe will amount to approximately US$60 billion by 2025, further reinforce our goal of achieving at least US$1 billion in ARR by 2025 with a compounded annual subscription ARR growth north of 30 percent over that time period, and while building EBITDA margins in the mid-40s,” Ramakrishna said his prepared remarks.

“This was supported by our largest customer converting to term subscription,” he said. “We continue to drive a subscription-first mindset and continue to believe that we can grow both top line and subscriptions simultaneously. We finished the first quarter of 2022 with 852 customers that have spent more than US$100,000 with us in the last 12 months. This is an 11-percent improvement over the previous year.”

SolarWinds CFO Bart Kalsu said during his prepared remarks on the call that he expects subscription revenue to grow thanks to the company’s subscription-first mentality.

Kalsu did note that that large customer Ramakrishna said converted to a subscription arrangement, and which also happened to be the company’s largest maintenance customer, contributed about 9 percent of the 37 percent year-over-year growth in subscription.

“Notwithstanding this conversion, our subscription revenues still grew beyond our expectations, reflecting, albeit early in our journey, the success of our subscription-first efforts,” he said.

However, Kalsu said, an increase in subscription revenue is leading to a decrease in license sales and subsequent sales of maintenance contracts. For the quarter, while subscription annual recurring revenue rose 30 percent over last year, total license and maintenance revenue fell 5 percent.

When asked by an analyst during the question and answer portion of the conference call, Ramakrishna said SolarWinds is approaching subscriptions less as a business model change and more of a value proposition extension.

“So typically, when customers evolve to our subscription model, they‘ll be using more than, let’s call it, one product of ours and look at the proposition as helping them consolidate, let‘s say, more vendor products, reduce the tools crawl, and so those become the conversations,” he said.

SolarWinds is building a pipeline for subscriptions, Ramakrishna said.

“We are ... looking ahead 90 days or 180 days from when customers are coming up for their maintenance renewals and actively discussing with them the opportunity to evolve the subscription,” he said. “So that‘s one source of pipeline. The second source of pipeline is our new sales teams themselves proposing these solutions to customers along a number of sales plays, tools crawl consolidation being one, integrated visibility being another, and so on.”

When another analyst asked about SolarWinds’ January acquisition of federal government services provider Monalytic, Ramakrishna said it sprang from Monalytic’s strength in the Federal and public sector space. He also said the Monalytic team is already totally integrated with the SolarWinds’ team.

“I can also say that more and more of our federal customers are engaging with us, and our federal team is very well coordinated as it executes not only the first half of this year, but as it prepares for Q3 and beyond which, as you know, is the largest fed spending quarter,” he said.

For the quarter, which ended March 31, SolarWinds reported total revenue of US$176.9 million, up slightly from the US$173.9 million the company reported for its fiscal 2021 first quarter.

Looking ahead, SolarWinds said it expects second quarter total revenue to rise about 2 percent over last year to the range of US$174 million to US$177 million. It also expects non-GAAP earnings per share of 20 cents.

For all of fiscal 2022, SolarWinds expects revenue to grow by between 2 percent and 4 percent over last year to reach US$730 million to US$750 million. The company also expects non-GAAP earnings of 88 cents to 95 cents per share.