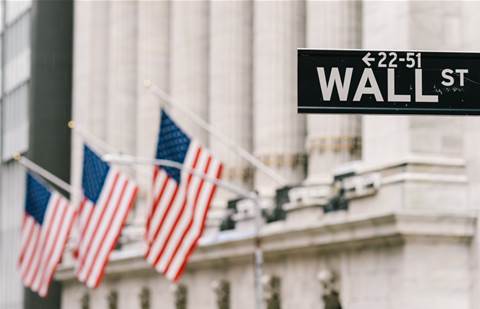 N-able Technologies Tuesday completed its spin-off from parent company SolarWinds via an IPO that saw its shares tumble from its opening price.

Canada-based N-able, which provides a full technology stack with integrated monitoring, management, security, and ticketing to over 25,000 MSPs worldwide, was spun out of SolarWinds eight years after it was acquired, marking the beginning of “N-able 2.0,” said N-able CEO John Pagliuca.

Pagliuca told CRN the IPO came from discussions starting a year ago between the N-able and SolarWinds executive teams over what is the best way for the two companies to move forward.

The key driver for the spin-off was what Pagliuca called the “F-word.”

“It’s a singular focus for both businesses,” he said. “And what we believed then, what I believe today, is that by giving a little bit more focus on each of the businesses, the SolarWinds business and the N-Able business, that we can produce more. We can deliver better results and produce more for our MSP partners.”

The IPO brought mixed results for the two companies.

N-able, now trading with the ticker symbol ‘NABL,’ opened on the Nasdaq stock exchange at US$15.37 per share and rose immediately to US$16 per share before falling nearly 22 percent to close the trading day at US$12.50 per share. Share prices fell slightly in after-hours trading.

Former parent company SolarWinds, however, did better. The Austin, Texas-based network and systems management and security developer saw its share price rise by over 14 percent Tuesday to close at US$10.20 per share, with the price continuing to rise in after-hours trading, albeit at a slower rate.

As an independent company, N-able will be better positioned to grow going forward, and expects to be a “rule of 50” company, Pagliuca said.

He said most companies are happy with being “rule of 40 companies,” which refers to the sum of a company’s revenue and EBITDA profit growth rate.

“Typically, industry says, ‘Hey, that’s a healthy business,’” he said. “We think that means you’re not trying hard enough. So we like to be a ‘rule of 50’ company. So we’re about a 15 percent [revenue] grower, and we’re about in the low- to mid-thirties from an EBITDA point of view. And we believe that’s the right mix. That’s actually one of the reasons why we’re spinning out. We want to focus a little bit more on growth. So it’s just a little bit higher on profit, a little bit lower on revenue growth. We’re really targeting that growth to help put better services to our MSP partners. They grow, and we grow.”

Going forward, N-able for the second half of 2021 plans to invest in developing additional technologies to market, including DNS filtering for MSPs, Pagliuca said. The company is also looking at enhancing the ability of MSPs to leverage more analytics and reporting and dashboarding so that they can be more responsive to customers’ requirements.

On the security side, N-able will add more security services for MSPs to bring to their small and midsize enterprise clients in the second half of the year, Pagliuca said. Also on tap is focusing more on helping MSPs evolve to provide higher-level services, he said.

“Our No. 1 job is to help MSPs enable the small and medium enterprises to continue on their evolutionary journey,” he said. “Obviously that’s pushing to the cloud. Obviously that’s making sure that their data is protected. Obviously, as [clients’] workforces are becoming more and more distributed, hybrid, ensure they are gaining access to everything. But that’s complicated. And where we really matter the most is where it’s the messiest for the most for the MSPs. And that’s what separates us from our competitors.”