SolarWinds to pay former CEO US$312K to assist with investigations 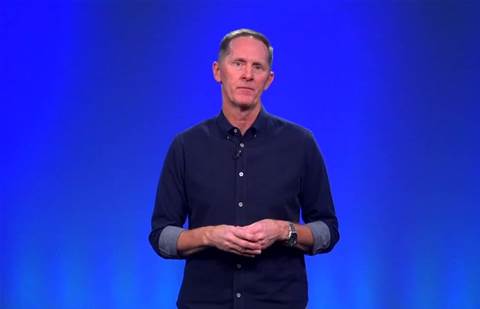 SolarWinds has agreed to pay its top executive in charge during the entirety of the colossal Russian hacking campaign US$312,500 to help the company defend itself in investigations.

The embattled infrastructure management firm disclosed Wednesday that it’s agreed to pay former CEO Kevin Thompson (pictured) $62,500 for each of the next five months as SolarWinds faces a likely wave of lawsuits and government probes into its conduct around the hack. Thompson led the firm from the time hackers established a presence in SolarWinds’ Orion software through when news of the attack went public.

“Mr. Thompson will, at the request of the Board of Directors of the company, assist and cooperate with the Company in investigating, defending or prosecuting any investigations or other proceedings involving the company,” SolarWinds wrote in a filing late Wednesday with the US Securities and Exchange Commission (SEC).

Under the agreement, Thompson is to make himself available to SolarWinds for any investigations, litigation, arbitration, or civil and governmental proceedings based on events that occurred during his time as CEO from March 2010 to December 2020. Thompson will report directly to SolarWinds’ board and devote the necessary time to performing services that are reasonably requested by the board.

Thompson will not be required to take any action if his legal counsel believes the action requested by SolarWinds’ board is against Thompson’s interest, creates a conflict of interest between SolarWinds and Thompson, or otherwise exposes Thompson to any claim, penalty or liability. Thompson received nearly US$11.5 million in compensation from SolarWinds between 2017 and 2019, according to an SEC filing.

SolarWinds has also agreed to consult with Thompson on any press release, written public statement or SEC filing that references Thompson by name or position in relation to the months-long Orion hacking campaign. The company said it’ll consider in good faith any feedback provided by Thompson around its proposed public statements. Thompson will also be reimbursed for any travel expenses incurred during his time as a consultant.

If a governmental authority requests or requires that SolarWinds not consult with Thompson on certain communications, the company said it’ll abide by the request or demand. SolarWinds tapped Pulse Secure’s Sudhakar Ramakrishna to replace Thompson on 9 December, just four days before news of the hack went public. Ramakrishna took over as CEO on 1 January.

The transition agreement with Thompson was inked two days after SolarWinds, Thompson and CFO Barton Kalsu were hit with their first class-action lawsuit. The lawsuit accuses the company, Thompson and Kalsu of making materially false and misleading statements about SolarWinds’ security posture in SEC regulatory filings in February, May, August and November of 2020.

Two days before the class-action complaint was filed, The New York Times reported that common security practices were eschewed during Thompson’s tenure because of their expense. Some of the eschewed security measures may have put SolarWinds and its customers at greater risk for attack, according to The New York Times. SolarWinds declined to comment on the claims in The Times piece.

Specifically, The Times reported that under Thompson, SolarWinds moved much of its engineering to satellite offices in the Czech Republic, Poland and Belarus, where engineers had broad access to the compromised Orion software. SolarWinds said the manipulation of Orion was done by human hackers rather than a computer program, but hasn’t addressed whether insiders were involved in the attack.

SolarWinds majority owners Silver Lake and Thoma Bravo came under scrutiny for selling US$286 million of stock just before the company announced Ramakrishna’s appointment as CEO and disclosed the cyberattack. The private equity firms disposed of more than 13 million SolarWinds stock shares at US$21.97 per share on 7 December.

SolarWinds’ stock is now trading at US$14.47 per share, more than 34 percent lower than what Silver Lake and Thoma Bravo sold their shares for.

Eliminating departmental friction within MSPs
By Michael Novinson
Jan 8 2021
10:14AM