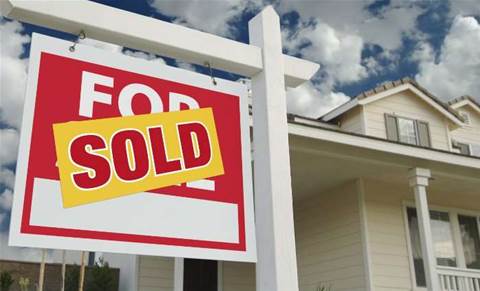 Cisco reseller Pepperstorm has been taken over by the two owners of a South Melbourne Telstra Business Centre.

Alan Nicklos and Allan Strauss, operators of three Telstra retail outlets and a Business Centre in South Melbourne, successfully bid for Pepperstorm in a part-cash, part-equity deal. Figures were not disclosed.

The pair registered the company Pepperstorm Australia Pty Ltd to buy out the reseller, which will now operate under that name. It will remain operating as normal.

Niklos told CRN he had been looking at options to expand his Telstra Business Centre out of low-end phone systems. He said the time it would take to get a Cisco silver accreditation, which he put at upwards of five years, meant an acquisition was more viable.

Niklos has a history of building up major mobile businesses, having played a key role in growing the APAC operations of Nokia, Motorola and Ericsson.

Nikos and Strauss joined forces in 2007 to purchase one Telstra shop with five staff. At the end of this year, the pair will count four Telstra outlets (including the Business Centre) and 85 staff.

The company had been missing a CEO since former boss and board member Simon Penny was forced to leave the company after it entered administration earlier this month. Pepperstorm will not appoint a new CEO, operating instead under the stewardship of directors Nicklos and Strauss.

Pepperstorm is a Cisco silver partner, selling enterprise grade telephony. Niklos said the acquisition was a “marriage made in heaven”, giving his Telstra Business Centre the opportunity to expand out of low-end sales into the mid-market category.

“There’s an opportunity from U500 up to U6000 now - over U6000 is Pepperstorm’s competency. We want to build under that. It gives us the opportunity to grow that segment that we currently aren’t playing in but want to get in to.”

A Pepperstorm spokesperson told CRN the ‘synergies’ between the reseller and its new owners had appealed to the buyers.

“It’s a very good fit. They are already involved with Cisco and Telstra, as are we. This is actually the first business model with Telstra that a partner like us can look after a solution from end to end.”

The Melbourne-based reseller’s former parent company, Malaysian professional services and training company IVT Systems, made the decision to put the company up for sale after deeming it did not fit in with its other, predominantly Asia-based, investments.

“At the start of 2011, we lost focus and went heavily into product sales, with low margins and too many resources, and since then we have rebuilt the business into consulting, manages services and training - back to where we started,” a spokesperson told CRN last week.

“Basically the board decided the rebuilding has taken too long, and for them it makes more sense to focus on their other investments. IVT is a very different company from Pepperstorm and it’s not a model they are used to. Their management style didn’t suit Pepperstorm, and they decided since they can’t change it, they would minimise the risk by sending us into voluntary administration.”

Niklos confirmed the majority of Pepperstorm staff would be offered jobs at the new entity.