Some Cisco UCS vulnerable to data loss if power is cut 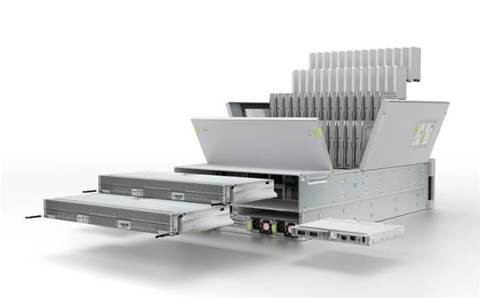 Cisco has warned customers that certain UCS servers were shipped with incorrectly-configured hard drives that could result in a loss of data should the servers lose power.

Cisco, in a field notice updated earlier this week and first reported by The Register, also provided detailed instructions for customers and partners to reconfigure the hard drives to prevent that data loss from occurring.

The problem stems from five models of SAS, 7,200-RPM large form factors drives in 1-TB, 2-TB, and 4-TB that were shipped in the Cisco UCS servers with their hard drive write cache enabled. Normally, they are shipped with that write cache disabled. "If drive write cache is enabled during a power loss it can result in loss of data," Cisco wrote in its field notice.

Cisco in the field notice said the issue has been solved on the Cisco side, but that the affected drives will have to be re-configured in the field.

"Cisco ships all of their hard drives from manufacturing with drive write cache disabled. During a quality audit, select units were found to have the drive write cache enabled. The issue has been remediated in the manufacturing process. Users of potentially affected devices are recommended to change the drive cache configuration," Cisco wrote. Cisco also included instructions how to re-configure the impacted hard drives to disable the write cache.

The drives all have Cisco model numbers. However, in the workaround suggested by Cisco, there are a couple of references to Seagate. One reference, in test details, is to the Seagate ST300MM0006, a 300-GB SAS drive with a 10,000-RPM speed. Cisco also refers to Seagate in a CDETS (Cisco Defect and Enhancement Tracking System) note.

Neither Cisco nor Seagate has confirmed that Seagate made the drives that were improperly configured. Neither commented have yet commented on whether the improper configuration was caused by the drive manufacturer or Cisco.

A Seagate spokesperson told CRN USA via email that the company was looking into the issue.

"Cisco is committed to avoiding issues in our products and handling them professionally when they arise," Cisco wrote in an email to CRN USA. "Our top priority is making sure customers are aware of an issue when it exists and what they can do to mitigate its potential impact on their network. To ensure our products continue to operate as intended in customer environments, Cisco issues Field Notices to notify customers about potential issues that require an upgrade, workaround, or other action."