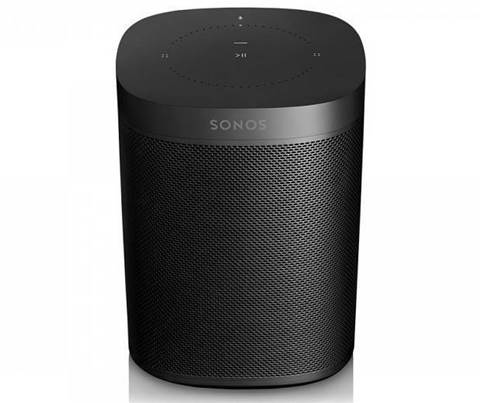 Sonos is facing a social media firestorm after the wireless speaker pioneer decided to stop software updates for some of its older products.

Hours after the company made the announcement on Tuesday, customers went on Twitter using the trending hashtag #SonosBoycott and tagging the company's chief executive officer, Patrick Spence, with their questions.

"@Patrick_Spence would you like to buy my 3 yr old @Sonos equipment? I guess you know how to use it as a doorstop soon," one Twitter user, @itnopred, asked the CEO.

Customers received an email from Sonos saying the company would no longer support some models launched between 2006 and 2009 after May.

Sonos gave customers the option to either continue using the products without any new updates and features in the future or buy a new Sonos product with a 30 percent credit for each product replaced.

Spence has not personally responded to Twitter users, but the Sonos support team has been replying to irate customers.

"As this is the first time we've had to end software updates for any music player, we recognize this is new for Sonos owners, just as it is for Sonos," a Sonos spokesman said in a statement.

"We've now come to the point where our oldest products have been stretched to their technical limits in terms of memory and processing power."

Sonos' speakers and the company's tie-ups with around 100 music streaming providers, including Apple Music and Spotify, have attracted audiophiles around the world. The company, founded in 2002, listed on the stock exchange in 2018.

But as Amazon's Echo, Google's Home and Apple's HomePod entered the market, the California-based company faced pressure over pricing and the variety of its products.

"This is nothing more than a big rip off by a company that just went public ... I will never purchase their products again. I hope they go bankrupt," Facebook user Stephen Salay posted in a private group for Sonos users.

Many customers also highlighted the environmental aspect of the move at a time when people are buying more and more devices and then abandoning them quickly, increasing landfill waste.

Shares of the company were down 1.2 percent at US$14.62 in early trading on Wednesday.

(Reporting by Nivedita Balu in Bengaluru; Editing by Bernard Orr and Sweta Singh)