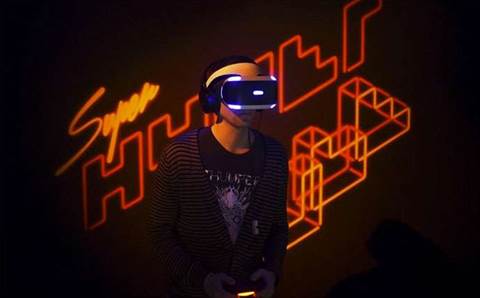 Sony announced on Tuesday that its virtual reality headset for PlayStation will launch globally in October for US$399, a move that undercuts Oculus Rift, its biggest competitor, by hundreds of dollars.

Andrew House, head of Sony's gaming division, made the announcement during a press event at the Video Game Developers Conference in San Francisco, where virtual reality gaming counterpart Oculus Rift announced its headset a day earlier. 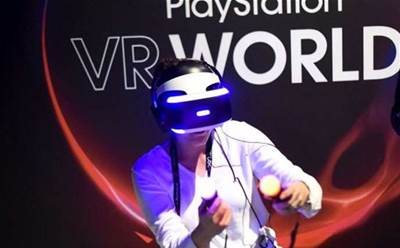 The headset, a visor-style frame with a 5.7 inch (14.5 centimetres) screen, includes 360 degree head tracking, a 100 degree field of vision and latency of 18 milliseconds between the time a user's head moves and the time they see the correct image.

House said the company wanted the highly anticipated headset released at a price point that would encourage quick and widespread adoption.

"We firmly believe getting the price right is crucial to driving consumer adoption of any new technology," House said.

At US$399,the package is notably less than the $599 price announced Monday by Facebook-owned virtual reality company Oculus Rift. Oculus will also sell bundles that include an Oculus Ready PC and a Rift for pre-order in February starting at US$1,499.

Price is one factor but the amount of gaming content available will be "a strong factor in engaging fans," said Tony Key, senior vice president of sales and marketing at game developer Ubisoft.

Ubisoft's Eagle Flight and Werewolves Within titles are both set to launch for PlayStation VR this fall.

"Ultimately the customers will decide on what price point works for them as their entry point into VR," he said.

The company said more than 230 developers are building content for the PlayStation VR device and 50 games are expected to be ready by the launch date. Users can download the Playroom VR at the PlayStation store and play six free games.

The company has also teamed up with development company EA Sports and Lucasfilm for a Star Wars Battlefront game that will be released as a PlayStation VR exclusive.