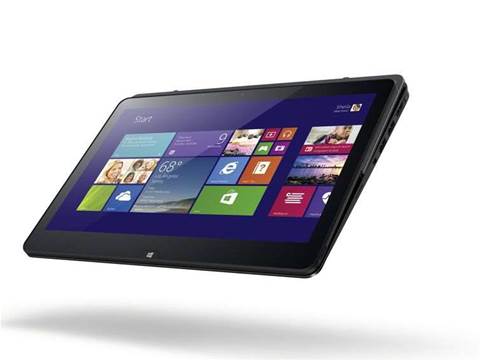 Sony is once again warning customers that batteries inside its VAIO laptops may catch fire.

The new warning concerns the Sony VAIO Fit 11A, which has been sold worldwide since its launch in February. The company claimed to have sold in excess of 25,000 of the laptops and is advising customers to stop using the device immediately, according to a report in the Wall Street Journal.

The VAIO Fit 11A is a Windows 8 hybrid device that flips into both traditional laptop and tablet configurations. It was only sold in the UK via Sony's configure-to-order service, and not in stores.

"Sony has identified that the non-removable battery packs provided by a third-party supplier, included in (and limited to) VAIO Fit 11A released in February 2014 could potentially malfunction and cause overheating, resulting in partial burns to the chassis of the PC," Sony said in a statement.

"The safety of our customers is of the utmost importance, so we are advising those with affected models to switch off the unit and discontinue use. We have provided customers with a simple tool to check the serial number to identify whether it is an affected model.

"Customers can then either call our hotline or send us their contact details so we can advise them what to do next. Sony remains committed to the quality and safety of our products and we sincerely apologise to our customers for this issue and the inconvenience this may cause them."

Sony is no stranger to problems with overheating laptop batteries. In 2006, it began a global replacement programme for certain types of lithium-ion laptop batteries, a problem that afflicted most of the world's leading laptop manufacturers at the time.

Then in 2010, US authorities instructed Sony to recall hundreds of thousands of VAIO laptops because of similar overheating concerns.

Sony will probably be relieved that it's the last time it should have to deal with such an issue. In February, the company announced it was pulling out of the PC market, selling the VAIO business to a private equity firm.