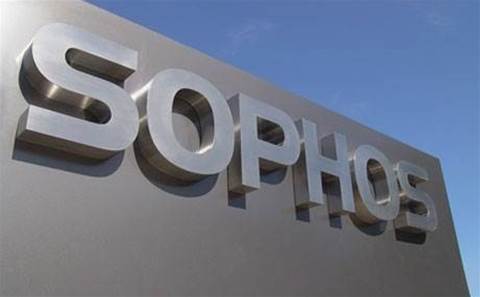 Sophos has entered into an agreement to acquire Invincea to boost the company's platform strategy and next-generation endpoint security capabilities.

The deal is worth US$100 million in cash, with a US$20 million earn-out. The acquisition does not include Invincea Labs, which operates and is managed separately.

"Invincea brings that last piece we have been looking for, and that is machine-based learning," Krause said in an interview with CRN USA. "Sophos can now deliver a full, comprehensive technology into the next-generation endpoint security market."

CTO Joe Levy said the Invincea technology will expand the Sophos platform to be able to perform meaningful analysis on malware samples, leveraging machine learning for predictive analysis, and to keep pace with an increasing amount of unknown threats.

Levy said Sophos evaluated other alternatives, but found Invincea's machine learning algorithms and data architectures to have better detection and lower false positives than the alternatives. He said the addition of Invincea to the Sophos platform will help the company "define what next-generation [endpoint security] means."

"This is our stake in the ground as to what the essential components for a next-generation endpoint solution are," Levy said.

Krause said the acquisition will be a big boost to partners as it expands the company's next-generation endpoint security capabilities and adds to its synchronized security platform.

"For the Sophos partner, [the acquisition of Invincea] just provides that complete next-generation endpoint protection for them to go to market with. Sophos develops, integrates and acquires technology to bring the best of what a next-generation security solution is to customers," Krause said.

The entire Invincea team will be joining Sophos. That includes Invincea founder and CEO Anup Ghosh, who will now serve as chief evangelist for next-generation endpoint security at Sophos, and COO Norm Laudermilch. Ghosh said joining Sophos will allow Invincea's technology to reach more customers, and bring together two companies on the Gartner Magic Quadrant for endpoint security. He said Sophos is a good cultural and technical fit for Invincea.

"From an engineering and cultural point of view, we are completely aligned around vision and innovation. Sophos just has a tremendous platform and an amazing channel presence. From an entrepreneur's point of view, this is what we always wanted, which was get to market in a very big way," Ghosh said in an interview with CRN USA.

The acquisition comes at the beginning of what is likely to be a period of significant consolidation in the endpoint security market. Krause said she predicts other platform security companies will follow suit in acquiring next-generation endpoint security startups, as customers are looking for a full set of integrated security solutions, instead of pieces of the puzzle.

"I would foresee continued consolidation," Krause said. "We believe we are very groundbreaking in the sense of having that compete solution. If we are first to market, I do believe others will follow."

Krause said Sophos will run the Invincea partner program independently of the Sophos partner program in the near term to make sure both companies' partners and customers are fully supported. Invincea announced earlier this year that it had shifted to a 100-percent channel model, similar to that of Sophos, and launched a new partner program.

She said Sophos will be working to integrate the Invincea technology into its portfolio, planning to do so in the next 12 months. As that time, she said, the company will decide how to integrate the partner programs.

The closing of the deal is pending various closing conditions, Sophos said.