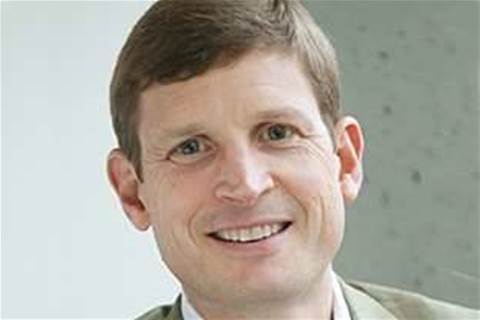 Sophos CEO Kris Hagerman expects the recent disruptions in the competitive security landscape, including major spin-outs and blockbuster acquisitions, to have an overall positive effect on the UK-based security vendor.

Specifically, Hagerman took aim at Symantec, which completed its US$4.65 billion (A$6.09 billion) acquisition of Blue Coat Systems in August. Hagerman said he sees "quite a bit of confusion through the sales ranks" at Symantec, as well as in the partner network. The comments came on the company's earnings call Wednesday covering the first half of 2017.

"We don't know what the future will hold for Symantec, but certainly in the short to medium term, there's a lot of disruption there and confusion about exactly what the company intends to be the best in the world at," Hagerman said. "That, ultimately, is probably good news for Sophos," he said.

Hagerman said he sees similar disruption and confusion at companies undergoing spin-out moves from larger vendors, including Intel Security (soon to be McAfee) and SonicWall. Intel Security announced in September that it would spin out from parent company Intel and return to its McAfee namesake. SonicWall announced a similar move from parent company Dell, a spin-out that completed earlier this month.

Hagerman said "it is not entirely clear where McAfee is going from a strategic perspective," particularly around the company's go-to-market through the channel. He said SonicWall has the same "confusion" around its go to market and new leadership.

"This is one of the reasons I emphasise the fact that we feel so strongly about the core strategy we have in place, how unique it is to the market and how we continue to keep drilling away and moving it forward. We think we're getting better and better at it all the time … We keep doubling and tripling down on a game plan that we think is differentiated and really working," Hagerman said.

Hagerman also highlighted strong growth in Sophos' channel partners, with the number of partners growing from 20,000 at the end of fiscal 2016 to 26,000 at the end of the first half of 2017. He said Sophos was also seeing an increase in the number of its blue chip partners, who sell more than five transactions with the company during the period, up from 4700 to more than 5400 a year ago.

"On the channel and go-to-market side, our engine continued to roll forward and gain more momentum," Hagerman said.

Hagerman said Sophos saw particular strength in the quarter around new customer billings for its UTM and Sophos Central offerings, subscription billings and a high renewal rate for customers.

Sophos Central was a particularly "powerful growth driver" for the company and a "meaningful contributor to business," with 30,000 customers now using the solution. That was significant, he said, because it showed the growing amount of customers looking to sell across the Sophos portfolio.

Sophos now has 8.4 percent of its customers using both its endpoint and network security solutions, up from 6.4 percent last year. Hagerman said the half was also a "breakout period for product delivery," highlighting, in particular, strong growth for its new next-generation endpoint security solution Intercept X, which has already added more than 1000 customers since its September launch.