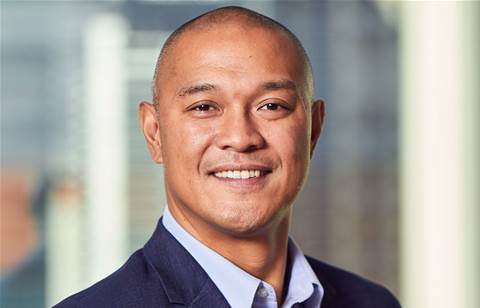 “We’re delighted to have Charles join Sophos ANZ in this role, as he brings a wealth of experience with him,” Sophos ANZ managing director John Donovan said.

“I have no doubt Charles will be a valuable addition to the Sophos family, not only continuing the momentum of our ANZ channel, but taking it to a new level.”

de Jesus most recently worked at Citrix, where he was director for regional sales from July to December 2021, and ANZ director of enterprise sales from April 2020 to June 2021.

Prior to that, he worked at Riverbed Technology from 2016 to 2020 in various sales and channel leadership roles. Other stints include NetApp, Avaya, Westcon, Optus and Nortel.

Speaking on his new role, de Jesus said, “Sophos is a global cybersecurity leader that has a reputation for putting its partners first and placing a real emphasis on the channel. This is something that resonates strongly with me, especially given I’ve worked on both sides of the vendor/partner relationship.”

“With the cybersecurity landscape ever-changing and evolving, it’s vital ANZ businesses are well-equipped to defend against cybercriminals. Working closely with our channel partners is critical to achieving this, so I’m looking forward to collaborating with them and better supporting them.”

The hire also comes after the departure of another former Sophos channel chief, Jon Fox, who left his role as APJ channel sales director in December 2021 after more than five years with the vendor. Fox has since joined Crowdstrike as its senior channel director for Asia-Pacific and Japan.

Grow your software revenue by selling these 5 affordable, essential tools for the modern workplace
By Nico Arboleda
Jan 10 2022
10:01AM