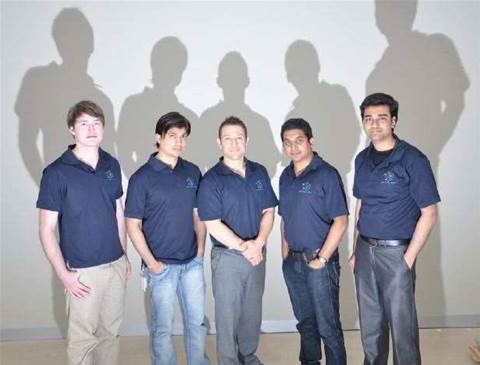 A team representing IT solutions provider Southern Cross Computer Systems has been crowned APAC champions at the 2012 Global CyberLympics – with a shot at winning the worldwide title still up for grabs.

The Global CyberLympics is a 24-hour hacking competition organised by the EC-Council Foundation that attempts to put the spotlight on issues relating to information security. Organisations from around the world are invited to take part in a series of cyber challenges encompassing forensics, ethical hacking and defence.

In this year's competition, the Southern Cross 'Magpies' – comprising Southern Cross employees Terry Morias, Omprakash Moolchandani, Ryan Morris, Anoop Neerakulath and Rahul Satheesan – bested 200 competitors in the Asia/Middle East/Australia zone with one of the highest scores in the competition.

Judging was based on the speed at which systems were hacked, the number of vulnerabilities found and the techniques used to uncover them.

"Essentially, each team gets allocated a box to hack into, and there are various algorithms they have to look at and flaws in the system to indentify," Southern Cross managing director Mark Kalmus told CRN.

Kalmus said his team faced off against a number of tier-one consultancy organisations and security firms during the competition.

"Each round gets progressively harder because you're competing against bigger and better organisations as the others drop out," Kalmus said.

"The hacking you need to employ also becomes more sophisticated and fine-tuned from round to round."

The Southern Cross Magpies were the only Australian team to progress beyond round two and were later crowned the Australia/Asia Champions.

The team will now face victors from North America, South America, Africa and Europe at the CyberLympics world finals in Miami, Florida.

Kalmus put the Southern Cross Magpies' success down to the teamwork they exhibited during the challenge -- as well as their set of professional credentials.

"There's a certification worldwide called the offensive security certified professional. There are only 500 of those types of people worldwide and we have four of them on our staff. So that probably shows you the commitment level these guys have to cybersecurity."

Kalmus said the Southern Cross team was "full of confidence" heading into the finals, but acknowledged it would be very difficult to win.

"We're basically up against the best-of-the-best in the whole world, and we're just an offshoot down here in little ol' Melbourne," Kalmus said. "But you do the best you can and we're quietly confident."

The CyberLympics world finals will be held on 29th October, 2012.