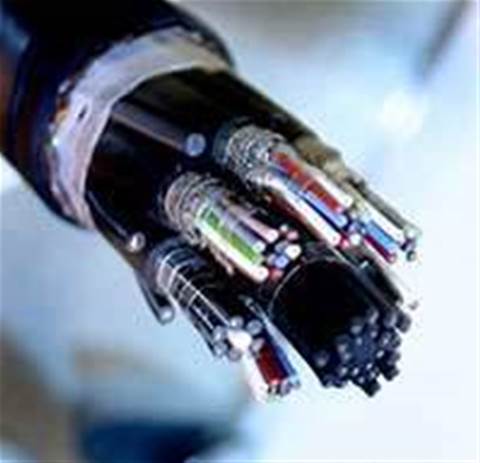 Southern Cross Cables has joined Telstra in trialling 40Gbps technology from Nortel which it hopes will quadruple bandwidth on its undersea fibre link.

In a statement, the cable operator said it had conducted one trial over a 4200km submarine segment between California and Hawaii, followed by a second 8000km trial between Auckland, New Zealand and Hawaii.

Nortel equipment was added to the ends of the cable. The equipment operator said it had been able to show a four-fold increase in bandwidth capacity "without the need to replace or upgrade the submarine cable or undersea repeaters".

The trials followed a terrestrial optical network upgrade to the same Nortel technology across Southern Cross' network on the US West Coast.

The Southern Cross network provides a major link for internet traffic from Australia, New Zealand and Fiji to the US.

The announcement comes less than week after Telstra completed a separate 40Gbps trial over a 3370km looped-back section its fibre link between Sydney and Adelaide.

The telco also said it had transmitted 100Gbps data on a continuous 2038 kilometre section of the same link.

Nortel claimed to have eight "successful" 100Gbps field trials under its belt ahead of the technology's launch which is planned for later this year.