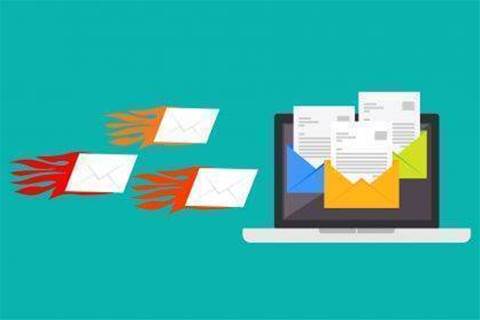 A huge spam list composed of 711 million records was uncovered last week in the Netherlands.

Troy Hunt, founder of Have I been pwned? (HIBP), was notified of the list through Benkow moʞuƎq, a malware hunter, and added it to his website so that users can check if their details are in the list.

In a blog post, Hunt explains how the 711 million records are the largest data set he has loaded into HIBP. He claims: "...that's almost one address for every single man, woman, and child in all of Europe."

Hunt said: "The gap I want to fill here is to explain what I can about the data because there'll be a very large number of people finding themselves on HIBP and wondering what on earth is going on."

He outlines that the listing contains "masses and masses" of email addresses which are used to deliver spam to. He said that "a single file may contain tens or even hundreds of millions of addresses."

However, even though there are 711 million email addresses, the number of real humans in the data is less as some of the emails have "junk", such as an HTML file name, prefixed to the address. Hunt suggests parsing wasn't done very well because of this.

Hunt also found email addresses which had passwords paired with them. He randomly selected a dozen email addresses, checked them against HIBP, and found that all of them had been exposed in the LinkedIn data breach.

Hunt encountered data from the Exploit.In combo list. "A similar file (with a similar naming structure) contains 4.2 million email address and password pairs, this time with every single account having a hit on the massive Exploit.In combo list," he said. "This should give you an appreciation of how our data is redistributed over and over again once it's out there in the public domain."

One file contains over 3,000 records with email, password, SMTP server and port which Hunt says gives spammers a range of mail servers to send their messages from.

Hunt highlighted the breadth of this breach: "It took HIBP 110 data breaches over a period of two and a half years to accumulate 711m addresses and here we go, in one fell swoop, with that many concentrated in a single location. It's a mind-boggling amount of data."

The largest data set which Hunt had uploaded into the website prior to this was the 393 million records from River City Media in January 2017.

The IP address of the spambot is based in the Netherlands and Hunt and Benkow have been communicating with authorities in order to get it shut down.

Hunt suggests checking HIBP to see whether you have been affected.

It also emerged today that two million customers were hit by a CeX hack. CeX told customers last night that it had been hacked and personal details, such as name, email address, phone number and in some cases passwords, had been accessed. CeX advises customers to change their login details as soon as they can.