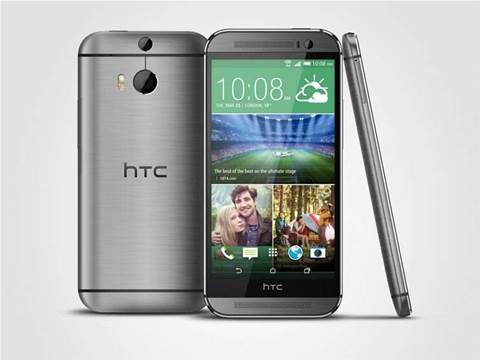 HTC is hoping the HTC One M8 will outshine rivals such as the iPhone 5s, Galaxy S5 and the Nexus 5. First of all, however, it has to improve upon its well-received predecessor.

Thankfully, the HTC One M8 surpasses the original HTC One in several key respects. The most notable changes are the addition of an expansion card slot, the new duo-camera system and upgraded CPU and graphics.

The display is also slightly larger too, although some of that extra screen space has been sacrificed to bring the home, back and multitasking buttons into the display itself.

It compares well to its rivals' spec sheets, too. The HTC One M8 has a marginally higher pixel density than both Apple and Samsung's finest, although it's marginally worse than that of the Nexus 5 and the original HTC One. You'd do well to spot the difference between any of them with the naked eye, however.

The 5-megapixel front camera offers at least twice the resolution of that of its rivals, feeding the incessant selfie craze.

However, the metal-clad HTC One M8 is both larger and heavier than its rivals, and although it continues to use the same larger pixels as its predecessor and sports a new dual-camera system for adding depth to photos, its primary camera's resolution pales in comparison to its rivals.

You'll have to wait for a full review to find out if it regains an A-List spot, but for now you can compare the specs of the leading smartphone contenders below.