Specsavers takes a look at GreenLake 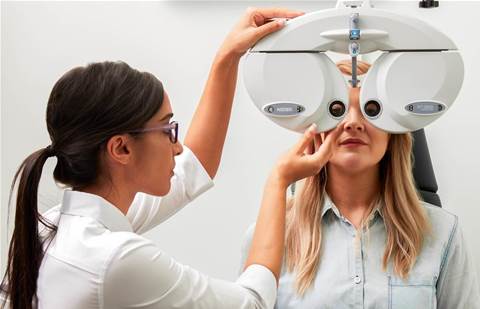 Specsavers has had a long, hard, look at HPE GreenLake and dived in.

The deal came about when some of the retailer's existing data centre infrastructure reached end of life, leading it to look beyond its existing supplier pool for new servers and procurement options.

“We’re undergoing a significant transformation in the way our customers interact with us,” Specsavers APAC head of technical services, architecture and solution design Julian McAll said. “In turn, IT has to transform to deliver the flexibility, security, and performance that keeps customers coming back.”

“[Specsavers’ issues] wasn’t only from a technology perspective, but also from a growth perspective, the vision, R&D and from the platform itself, and I always wanted an opportunity to present HPE and its technology stack,” said Xara Tran, CEO of HPE partner Champions of Change.

Tran's team, with help from distributor Dicker Data, was tasked to introduce HPE’s GreenLake technology-as-a-service platform to power and potentially replace the end-of-life infrastructure. CRN understands that infrastructure was supplied by Fujitsu, which continues to work closely with Specsavers and retains an important place in the retailer's stores and data centres.

Tran said it took four months for the deal to complete, working with Specsavers’ IT team to discuss which workloads were needed to deploy while addressing the requirements of both Specsavers and HPE. She added it was Champions of Change’s largest HPE GreenLake project to date.

Specsavers' McAll added that the deal was a move toward agility that Specsavers had not previously enjoyed and it aligned with the company’s transformation strategy. “With HPE GreenLake, Specsavers can continue to roll out new customer experiences and scale to meet demand without regard to hardware needs.”

Tran first came across HPE Greenlake through an HPE Discover event and thought the offering was a perfect fit for Specsavers' ambitions.

“[Greenlake] addressed a lot of the issues and challenges not only from a technology perspective, but had finally met their commercial requirements,” Tran said.

Deploying Greenlake has also cleared up some “mundane” tasks for the IT team like updating systems, making sure patches were released, among others.

“[Specsavers’ IT team] have multiple projects that they’re always working simultaneously and they’re relieved that they don’t have to worry about things that aren’t actually business drivers,” Tran said.

Tran added Specsavers enjoyed having “really thorough and mature” conversations with both HPE and Champions of Change.