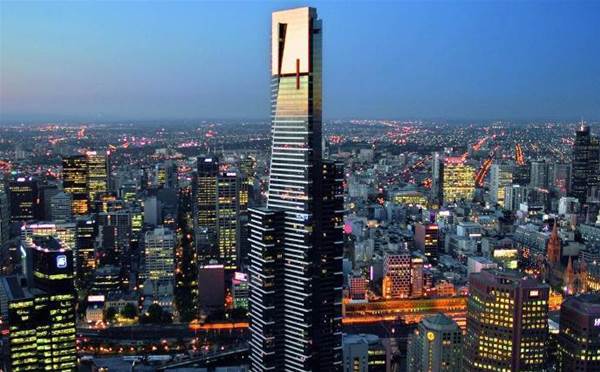 Spirit Telecom has connected Melbourne's Eureka Tower with its own independent fibre.

Eureka Tower's 575 apartments have now access to internet speeds of up to 200/200Mbps and unlimited downloads and uploads.

Spirit Telecom managing director Geoff Neate said nine percent of the apartments signed up for the service on the day it was launched. Neate said there were high expectations from residents that the company had to live up to.

"Since December, the Spirit team have successfully installed large and complex builds in some of the more significant buildings across Australia, such as SPC Towers on the Gold Coast, Vogue apartments, South Yarra and now Eureka Tower in Melbourne. These examples alone, demonstrate the strength and attractiveness of our network infrastructure capability," Neate said.

The installation came after months of planning with Eureka's management. The distribution of the "superfast" internet was made possible through a ‘switched ethernet’ that is installed throughout the 90-level building. Spirit deployed its network via an optic fibre backbone.

On 15 February, Spirit Telecom released a comparative breakdown of customer speeds refuting NBN's claims that there was a resistance by customers to take up higher speeds.

"Spirit’s network gets tested daily by the increased traffic volume and demands of our customer base. There is no question that the consumers we speak to want speeds a lot higher than 12 or 25Mbps downloads," said Neate at the time.

Spirit Telecom listed on the Australian Securities Exchange in June 2016 through a reverse takeover of mining shell Arunta Resources.

At the time, Neate told CRN that the biggest challenge the company faced was convincing the market that NBN was not the fastest network users could get.

"The biggest difference is we use more switches in a typical deployment. We don’t use VDSL so we have more speed going through the building. By utilising more switches in residential buildings, you’ll get the same speed in the penthouse as you will in the basement," Neate said.