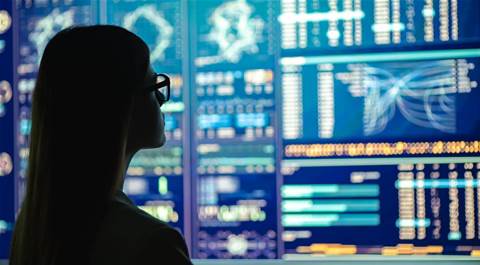 Splunk is extending the cloud and machine learning functionality of its big data platform and leveraging a new strategic partnership with Google Cloud to continue the company’s push for cloud delivery of its software.

Splunk’s goal is to have its cloud-based products, including Splunk Cloud, Splunk SignalFx and VictorOps, account for 60 percent of the company’s sales in two years, up from the current 30 percent, said Sendur Sellakumar, Splunk chief product officer and senior vice president and general manager of cloud.

“We have shifted our business to be a cloud-first delivery,” Sellakumar said in an interview CRN.

While many of Splunk’s products now run on cloud platforms and are sold on a subscription basis, some, including the Splunk Phantom security orchestration and automation software and Splunk User Behavior Analytics, are still sold using traditional licenses and for on-premises use.

Under the partnership with Google announced earlier this month, the Splunk Cloud machine data platform service will run on the Google Cloud Platform. Currently in beta, that is expected to be generally available later this summer. Splunk Cloud already runs on Amazon Web Services and the company plans to offer a subscription service on Microsoft Azure in the future.

Many customers are pursuing multi-cloud strategies, Sellakumar said, and Splunk wants to be sure it “plays well” with all cloud ecosystems. He said Splunk zeroed in on the Google Cloud Platform because “we liked some of the technology opportunities that were on GCP” and “there’s a lot of commonality and technical symmetry in how [the two companies] think about data processing. It’s a pretty deep relationship.”

Sellakumar noted that customers can purchase Splunk software and run it themselves on any of the major cloud platforms “and customers do that in droves.”

Splunk is also stepping up the machine learning capabilities of its product portfolio with a new release of its Splunk Machine Learning Toolkit that provides a way for users to apply machine learning to data. Splunk MTLK 5.2 has a simplified, customizable interface that the company said makes it usable by a broader range of information workers, provides new visualization capabilities, and “smart assistants” for guided workflows.

“Democratizing machine learning is an important initiative for us,” the chief product officer said.

From a channel perspective, Sellakumar said the product enhancements and upgrades help solution providers offer their customers a more holistic data processing and management system, allowing them to focus on providing higher level services. “I think they enhance the value proposition of our partners and make the partner more important in the conversation to help get more value out of the data,” he said.

Grabbing the hybrid cloud opportunity with Lenovo and Azure Services
By Rick Whiting
May 29 2020
7:03AM