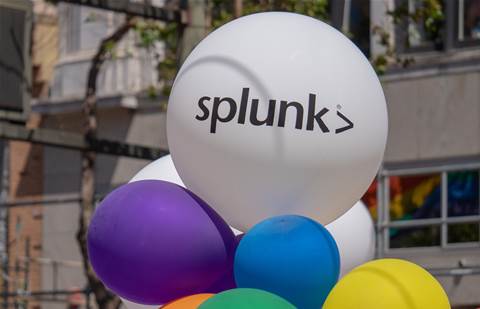 Continuing to expand its portfolio of cloud-based “data-to-everything” software, Splunk says its Splunk Observability Cloud for IT and DevOps teams, in beta since last fall, is now generally available.

The system, which originally debuted in October in beta as the Splunk Observability Suite, is key to the company’s efforts to expand sales of its machine data management technology for IT infrastructure monitoring, application performance management and DevOps tasks.

The announcement also helps Splunk come closer to its goal of transitioning to cloud-based products and a subscription sales model with annual recurring revenue.

“Until now, the tools that IT and DevOps teams rely on to monitor and manage applications and infrastructure have been disconnected, often separated into two or three different platforms,” said Spiros Xanthos, vice president of product management, observability and IT operations, in an interview with CRN USA.

“The Splunk Observability Cloud brings all the needed observability solutions together in a unified interface designed to help customers gain a comprehensive view across all their data and operate at enterprise scale.”

More recently the company has focused on providing its “data-to-everything” software for IT management and monitoring, cybersecurity and DevOps, offering a portfolio of tools and applications in those areas.

During Splunk’s recent fiscal 2021 fourth-quarter and year-end earnings call CEO Doug Merritt said the widespread SolarWinds cyberattack has brought home to many businesses and organizations the importance of collecting and analysing data for security operations.

Solution providers are asking Splunk for more complete, pre-integrated systems like Splunk Observability Cloud, Xanthos said. “This gives them a complete solution to sell,” he said.

“With the shift to cloud, IT and DevOps teams are now wrestling with more operational complexity that is compounded by too many existing monitoring tools that have blind spots, siloed data and disjointed workflows,” said Sendur Sellakumar, Splunk’s chief product officer, in a statement. “The Splunk Observability Cloud helps IT and DevOps teams conquer complexity and accelerate cloud transformation for their organisations.”

Grow your software revenue by selling these 5 affordable, essential tools for the modern workplace
By Rick Whiting
May 7 2021
11:55AM