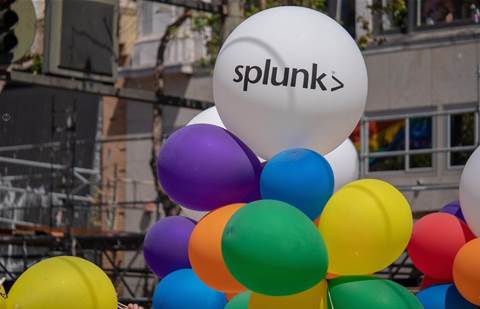 Splunk’s newly-appointed global channel chief has hinted at the directions in which he plans to take the company’s partners.

To mark his arrival, Benmalek submitted to a Q&A on the Splunk blog and dropped two hints about his plans.

In one he declared himself “inspired by leadership’s commitment to the accelerated growth of our partner business while expanding opportunities for our ecosystem into new solution areas.”

That’s not huge news because Splunk has previously signaled it wants to expand beyond the IT departments in which it made its name as a source of operational intelligence. The company feels that CIOs and other techies will tell tales of data-driven insights changing business to other C-levels, and spread Splunk far and wide. But is nice to know that Benmalek has suggested Splunk’s current channel will come along for that ride.

But the Q&A also says he plans to “Expand and build out the next generation of partners for our future growth as we take our platform to the cloud with a subscription model (includes developers, ISVs/Solution Creation, MSPs, SIs and service providers).”

CRN will ask Splunk just what that means. If it’s slow to respond, you might get a chance to ask Benmalek yourself, as he also wrote that he “can’t wait to go out and meet our partners and customers both here in the U.S. and around the world”.