Spy tech: Your own personal satellite for just $US8000 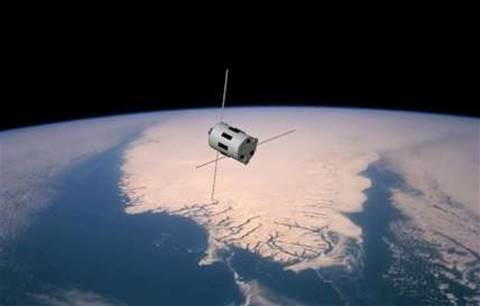 It might sound like the celluloid fantasy of a Bond film, but one unique American company is giving regular citizens the chance to own their very own satellite. And while it might have been a Bond villian's greatest dream to control a fleet of the earth's satellites, the cost of owning and maintaining your PS (personal satellite) is not as expensive as you'd first think.

'Interorbital Systems'  is offering its 'TubeSat Personal Satellite (PS) Kit' for US$8,000 (approximately $9500  )- not bad when you consider it includes all the gear necessary to maintain, monitor and use the satellite.

According to Interorbital's website, the TubeSat weighs 0.75kg and includes all the components necessary for launch and orbit:

Possible applications for your personal satellite

Surprisingly, Interobital lists a couple of old-school applications as ideal uses for the PS. It could be the perfect private orbital HAM radio relay station or a message repeating base. But if you're looking for spy technologies, there are also some interesting suggestions:

Strangest of all the potential uses, is the ability to create 'space art' and facilitate 'space burials'; perhaps in some kind of alternative Star Trek funeral style.

The satellite will be launched with others bought through the company from the small island of Eua in Tonga. A total of 32 satellite ejection cylinders will be housed within the NEPTUNE 30 rocket system, that will launch your personal satellite into orbit.

The satellite will be placed into self-decaying orbits 310km above the earth - the kind of space graveyard where cheap satellites like this go to live, breath and die in just a few weeks of use. The satellite will re-enter the atmosphere and burn-up on its own accord, says the company.

Though you'd think Richard Branson's Virgin space flights were the only alternative to vacation in space, Interorbital also offer a similar thing:  the company says it will be offering special orbital flights, 242km above the earth and travelling at 28,226km per hour in a spacecraft, for 7 days in space.

The company describes how passengers will experience the voyage as: "passengers (will) experience uninterrupted zero-G, and gaze at nonstop panoramas of the Earth and of limitlest space. They can marvel at an unending series of sunsets and sunrises; see the wakes of large ships on the world's oceans; track weather systems from a wildly new perspective."

If that sounds like fun, they have a special fare on offer for just US$250,000, reduced from the regular price of US$5 million. Maybe we'll stick with the satellite for now.

Cloud application revenue made easy
By Daniel Long
Aug 8 2009
8:45AM