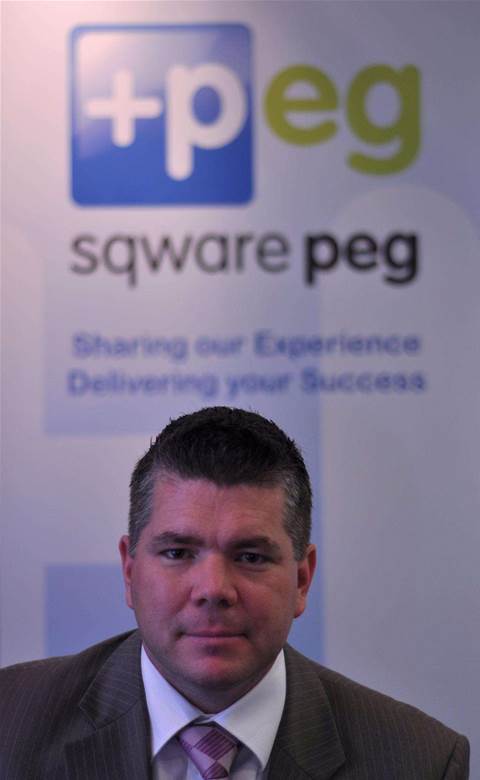 Ron Papas, general manager at Informatica said the company chose Sqware Peg as its first reseller for Australia, New Zealand, Hong Kong and Singapore because of its "strong reputation in SaaS and cloud".

"I'm pretty confident in this market that Sqware Peg is the largest, most dominant and most mature integrator with the largest number of customers and implementations," said Papas.

Sqware Peg has had success in the automotive industry with Informatica and intends to target its media, telecommunications, business services and education customers.

"Enterprise applications used to be integrated with handcoding. Over the past 10 years or so it's fair to say that the industry has shifted to tools and better quality and performance," said Stilwell.

The integrator is using Microsoft .Net, which "comes with a host of issues with support and trying to keep that stuff running," he said.

A small enterprise might have 10 or 20 applications trying to move data into a cloud application like Salesforce, said Stilwell.

"Each one of those applications has issues to support. When we move that same model to Informatica we're in effect configuring integration using their tools."

The Informatica service is a browser-based, wizard-driven interface that included a self-service capability that let customers start moving data within an hour, he said.

"We now have an opportunity to build a recurring revenue model on licensing and an easy to use tool rather than invest time in programmers," said Stilwell.

Informatica will evaluate the market in a couple of months before adding more resellers, said Papas.

Eliminating departmental friction within MSPs
By Sholto Macpherson
Jun 1 2010
11:48AM