Stand by for new Apple products in early June 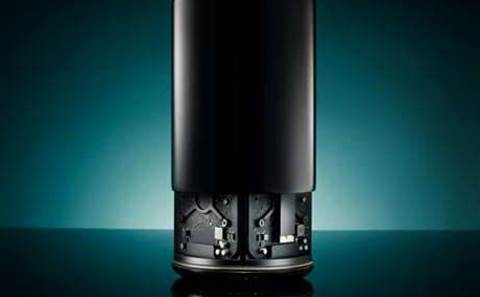 Apple has announced that its Worldwide Developers Conference will take place from 2-6 June, where the company is likely to unveil several new products.

Last year's WWDC saw the unveiling of iOS 7 and OS X 10.9, as well as a refresh of the MacBook line-up and a first glimpse at the cylindrical Mac Pro.

It remains to be seen whether Apple will be ready to unleash another version of iOS on the world, so soon after the major shake-up that was iOS 7.

Until OS X 10.9, Apple had left two-year gaps between new versions of its Mac OS, too. However, now that OS X upgrades are free, the company is under less pressure to deliver compelling new features that tempt users to pay for an upgrade, so the desktop OS looks likely to continue with annual refreshes.

Rumours continue to abound of a new version of the Apple TV, which has now gone two years without a hardware revision, whilst rivals such as Google and Amazon have entered the market with the Chromecast and FireTV respectively. An entry into the wearables market has also been heavily tipped.

Unlike previous WWDC events, for which Apple has sold tickets on a first-come, first-served basis, the company is this time inviting developers to register for a ticket lottery, from which attendees will be selected at random.

Developers have until 7 April to apply, and those who are selected must purchase their $1,599 tickets within a week.

Developers can apply for tickets to the conference in San Francisco from the Apple website.