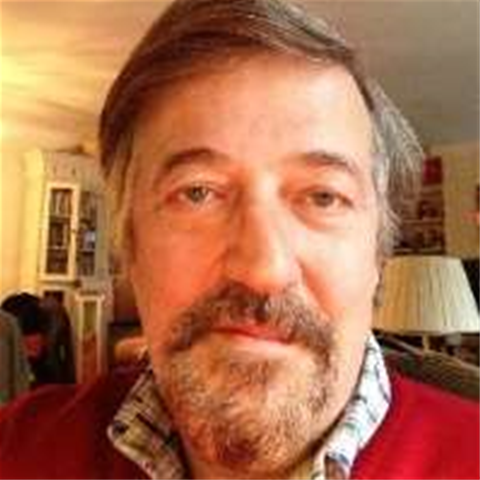 The technically minded actor and author Stephen Fry is a man of multiple devices and lucky enough to have early access to the very newest ones.

Below is an excerpt from his Tech Blog, in which he lines up the iPhone 5, LG Nexus 4, Samsung Galaxy III, HTC Windows 8X and the Blackberry Z10, posing the question:

"There’s a fire in my flat/hotel-room/bordello/ski-chalet. I have only enough time to take ONE. Which do I choose?"

Read on for Stephen Fry's thoughts on the recently released Blackberry Z10.

I’ve been lucky enough to have had one for a little while to play with and I am very impressed. Everyone knows how high the stakes are for BlackBerry (formerly known as RIM or Research in Motion) – their share of the market has been falling and unless they can coax back some users it is generally regarded that they will be toast.

Gobbled up by Lenovo (who gobbled up IBM, the original and biggest and most unassailable name in computing there ever was, but whose ThinkPads are now made by the Chinese giant) or gobbled up by someone else. Gobbledytoast, that’s what the wiseacres are predicting if BlackBerry doesn’t get this one right.

In a smartphone you want smart fast access to all the things you most do. Actually texting and phoning come low down on that list with most users. You want it to be easy to see your calendar, select text from something to tweet it, copy a URL from somewhere, deal with a file in your DropBox, send an email, check a friend’s facebook page, share pictures, … all the kind of thing we’re used to doing now and expect as of right. 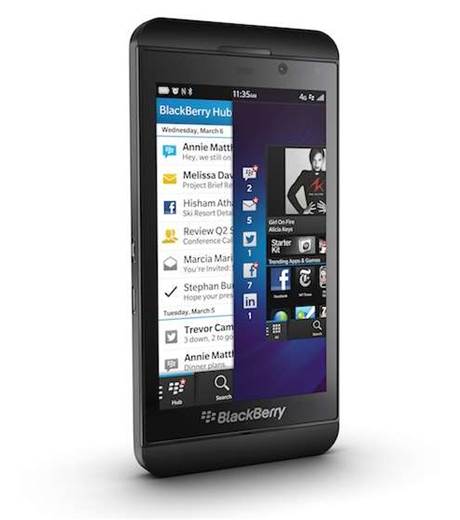 The BB10’s USP is that all this happens in one simple and smooth process. There’s none of the old in-out in-out, as Alex used to say in A Clockwork Orange. There’s a move you quickly learn, thumb straight up and to the right and there is your “hub” all your incoming mail, texts, tweets, FB notifications, BlackBerry Messenger odds and ends and so forth. You just hold your thumb down and reel through.

There’s a deep BlackBerry quality in the DNA that reminds you of your first ever RIM device, whichever that might have been. I haven’t yet worked out how to take screenshots (oh, just learned that you hold the up and down volume rockers for a second or two: simples), but there’ll be plenty of the web. It comes fully loaded with all the NFC, 4G or 3G capabilities you could want.

One version has a physical keyboard the other a virtual. Both use a super spanking heuristic algorithm that learns how you type and offers a word up over individual letters on the keyboard, hovering there like ghosts, which you can just flick into your text. You have to try it to understand.

Like sex, it’s much easier to do than to describe. Or am I thinking of swimming? Anyway, whether they’ve bought the very clever algorithm which goes with the incredibly successful British dev company SwiftKey or not, I don’t know, but inputting text works very well. Like most phones the response when you move the device from landscape to portrait and back again is a bit laggy compared with the super swift iPhone response, and the copy and paste takes a little getting used to.

But if “taking a little getting used to” is the worst I can say of it, then let me say the best of it. I think the BB Z 10 (the virtual keyboard version) is one of the very very best gadgets I’ve ever played with. From the moment you slide your finger up and the gorgeous display fades subtly into view to the moment you pull down the little sleep curtain to reveal a pretty orange alarm clock, you are won over.

I wish I had more time to write more technically and more coherently, but I wanted to publish this as a quick response.

Which phone would Stephen risk frying for? Head over to his Tech Blog for the answer.

Eliminating departmental friction within MSPs
By Juha Saarinen
Feb 4 2013
9:07AM