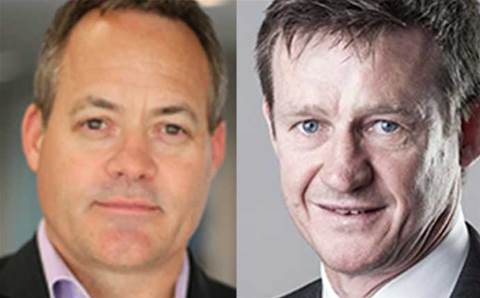 Steve Coad, managing director of HPE’s Aruba business for South Pacific, has left after leading the business for five years.

Coad led the networking vendor’s Australian and New Zealand arm through its acquisition by Hewlett Packard Enterprise in early 2015 and remained with the company throughout HPE’s global restructure last year, which saw Aruba’s data centre networking division pulled into its parent company’s new data centre and hybrid cloud group (DCHC), which is headed up by Raj Thakur.

Coad is set to be replaced by Tony Smith, whose role as HPE’s ANZ server business unit director was made redundant when that business was rolled into the DCHC group.

An ICT veteran, Smith has more than 25 years’ experience across several senior management and leadership roles, including HPE, IBM, Lenovo and an SAP consulting position with the Department of Defence.

Steve Wood, Asia Pacific vice president at Aruba, said his team was excited to welcome Tony on board.

“Tony has a strong track record working with a number of successful technology businesses and his recent work at HPE has provided him with a more holistic understanding of how Aruba’s solutions complement the broader HPE offering. We’re confident in his ability to lead, encourage, and collaborate with the local Aruba team to drive the business to further success in the region,” he said.

Smith said: “Increasingly, savvy businesses are transitioning towards a digital workplace, and Aruba’s mobile-first approach to wired and wireless networking puts it in a prime position to capitalise on this growth in the region. Aruba’s capabilities to accelerate an organisation’s move to IoT adoption is also an area I’m very excited to bring to life in this market."

Smith will be based in Melbourne.