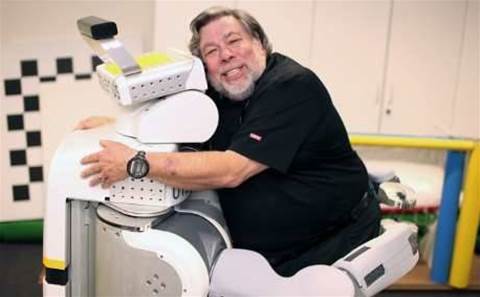 Apple co-founder Steve “Woz” Wozniak has accepted an adjunct professorship at the University of Technology Sydney.

Wozniak has previously been in communication with UTS, providing his insight to students. He is expected to return for his second visit to the UTS city campus in December.

"He beams in on our telepresence device to chat with students, share his latest ideas and entertain with jokes and the occasional prank,” said lab director Professor Mary-Anne Williams. "Woz constantly highlights the new possibilities for technology to change the world and enjoys sharing his insights and experiences.”

He will be working with students and staff in UTS’ Magic Lab, part of the school of software and centre for quantum computation and intelligent systems.

Wozniak has become known as one of the pioneers of modern microcomputing, having designed the Apple I and Apple II. Since leaving Apple in 1987, Wozniak also developed the first programmable universal remote.

In 2012, Wozniak announced plans to become an Australian citizen - expressing interest in the NBN and the concept of government regulated broadband - although that ambition has not yet been fulfilled.