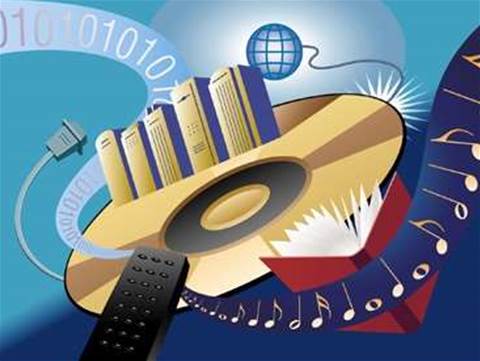 The use of online storage services is set to explode as people store a growing amount of information from a huge variety of sources, according to Hitachi Data Services (HDS).

A recent survey commissioned by HDS found that just over half of users store digital files on five or more types of device, including cameras, hard drives, digital video recorders and USB sticks.

Furthermore, because most people have more than one of each of these, almost a third of respondents admitted to having digital media stored across at least 20 individual devices.

As well as creating a storage headache, this proliferation of data makes home and remote workers susceptible to a number of issues around security and controlling multiple versions of the same file.

According to HDS, the amount of digital storage used by the average British household has resulted in what it calls the "terabyte home", in which the combined capacity of this myriad of storage devices totals over 1,000GB.

To help alleviate these problems, many people are using online storage services as a central repository for securely backing-up and accessing personal data.

"The volume of terabyte homes in the UK and across the world is growing rapidly," said Alec Bruce, global storage solutions consultant at HDS.

"As these millions of households shift their terabytes of data from their home to online storage, we are going to see an unprecedented explosion of digital data, which will send shockwaves through the online storage industry."

Some 64 per cent of survey respondents indicated that internet providers were the most trusted to safely store data, while banks came second with 36 per cent.

"With the recent high-profile data losses by online storage providers, trust is already becoming an issue for consumers. As in the enterprise space, we believe consumers will start to demand guaranteed service levels around the availability and security of their data," said Bruce.

"At the moment, most of the providers have disclaimers protecting them in case they lose data, and consumers are going to wake up to that pretty fast. Providers need to ensure that the storage platforms underpinning their services are robust enough to meet the increasingly tough expectations of consumers, as well as handle exponential growth."

The research found that consumers are already following good business practice in terms of backing up their data. Almost two-thirds of respondents back up their data, 69 per cent of whom do so at least every month.

However, 86 per cent admitted to backing up to a device that also resides in the home meaning that, should their house and belongings be damaged or destroyed, they would almost certainly lose their back-ups as well.

Bruce believes that this combination means that online storage will mature quickly, taking its lessons from the enterprise space, and that providers will soon start to offer "policy-based storage" where, for example, a person's most valuable data is backed up most frequently, as well as special search and retrieval tools to manage the data.