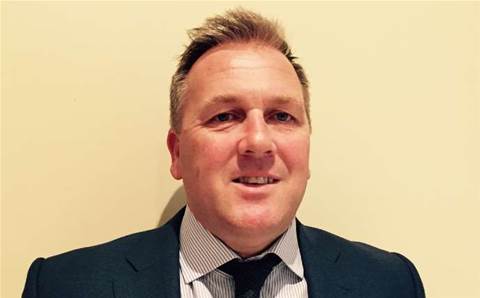 Byrne joins the four-year-old company as country manager for Australian and New Zealand and will be based out of Infinidat’s new Melbourne office.

Prior to joining Infinidat, Byrne was EMC’s Isilon district manager for ANZ for over two years, and Unified and Isilon storage manager for a year.

Byrne said Infinidat has already signed three partners in Melbourne, one in Sydney and two in Perth, pending an Australian launch. Arrow has also been signed on to distribute in Australia and New Zealand.

Infindat wants to shake up the enterprise storage scene dominated by the likes of EMC and NetApp. Its Infinibox product promises seven nines of availability – that's 99.99999 percent uptime – and is dense enough to cram 2 petabytes of usable capacity into a single, standard 42U rack.

Infindat has made a habit out of hiring from rivals EMC and IBM. The company was founded by former EMC Symmetrix vice president Moshe Yanai, who left EMC in 2001. He went on to fund another storage company, XIV, which was acquired by IBM in 2008.

The vendor is one of the latest companies to join the list of "unicorns" – startups with billion-dollar valuations. Infinidat announced in April it had received a $150 million investment from Texas Pacific Group Capital, valuing the company at $1.2 billion.