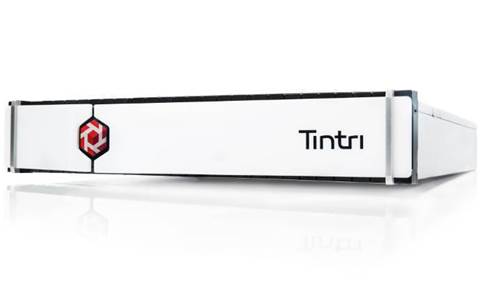 Embattled storage vendor Tintri has cut 80 percent of its workforce as it works to preserve cash amid a bleak future and high debts.

In a notice submitted by Tintri to the US Securities and Exchange Commission, the company revealed that it was reducing staff numbers by some 200 employees, leaving between 40 and 50 staff to see the company out.

The vendor earlier this month painted a bleak picture of its financial position, revealing it was in breach of certain covenants under its credit facilities and that it “likely does not have sufficient liquidity to continue its operations beyond June 30, 2018”. The company said it was considering a sale as a last-ditch strategy, but conceded that it would still likely file for bankruptcy protection if a sale eventuated.

In its most recent notice to the US SEC, Tintri said its executive vice president of worldwide sales and alliances, Tom Cashman, has been terminated in line with the cuts. The vendor said it had not yet determined the cash expenditures would be incurred in connection with the job cuts.

"The company is undertaking this reduction in force as part of an effort to preserve its cash resources. The company has very limited cash resources remaining and currently does not expect to have sufficient liquidity to continue its operations beyond June 30, 2018,” the notice read.

“As previously announced, the company has received notice of noncompliance from the Nasdaq Stock Market, which may result in the company’s securities being delisted from Nasdaq. Following such a delisting, the company’s common stock may trade only on the over-the-counter market, or not at all.”

Tintri added that the trading price of its securities were volatile, uncertain and subject to “substantial risk”, bearing little or no relationship to stockholder returns and that “the company currently does not anticipate that stockholders will receive any return on their shares.”

Earlier this month, Tintri reported that its first-quarter revenue was likely to be US$22 million and that GAAP net loss per share was expected to be about US$1.14.

The storage vendor has faced a rough road since listing on the Nasdaq market last year, announcing a wave of job cuts in September.

Tintri was established in 2011 and led by co-founder and CEO Kieran Harty, who previously led all desktop and server research and product development at VMware from 1999 through 2006. Tintri launched in Australia in 2014.