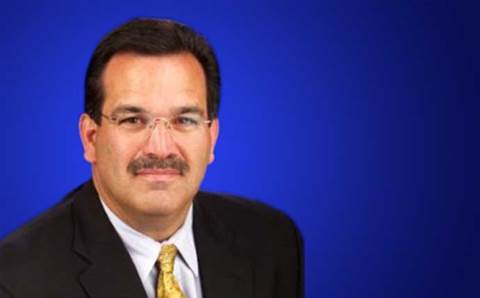 Data protection software developer StorageCraft has moved into the primary storage market with the acquisition of Exablox, a developer of scale-out, object-based storage appliances.

StorageCraft chief executive Matt Medeiros said the acquisition would see his company become a provider of both primary and secondary storage to channel partners.

Exablox develops flash-based and hard disk-based scale-out NAS storage offerings based on its own OneBlox architecture, which allows multiple appliances to scale from a few terabytes to almost 700TB of raw data, all with zero configuration and no application downtime.

Exablox's latest offering is the all-flash OneBlox 5210. The OneBlox 5210 is a full-featured scale-out storage offering that combines distributed object storage with high-performance flash for virtual environments and unstructured data. It achieves 50,000 IOPS per node and scales to more than 700TB per cluster, with a price of less than 50 cents per effective gigabyte. The OneBlox 5210 is managed from the company’s cloud-based management service, OneSystem.

StorageCraft has had a great 13-year run of selling data protection software via the channel and a handful of OEM partners, Medeiros told CRN USA.

"But partners have been telling us, 'Help us with a complete solution'," he said. "[Exablox CEO] Doug Brockett told us that we could do it, either as an OEM or together as a company. We vetted the idea of an acquisition with our partner advisory board, and they felt this was a great opportunity for us."

StorageCraft and Exablox are no strangers to each other. The two companies in October unveiled a technology relationship under which the Exablox OneBlox offerings could be bundled with StorageCraft's ShadowProtect data protection and recovery software.

"We had several partners already putting together Exablox and StorageCraft solutions in the last several months," Medeiros said. "We saw an opportunity to optimise the solution if we came together. Over time, we also see an opportunity for hyperconverged infrastructure solutions combining primary and secondary storage."

StorageCraft will continue to offer its StorageCraft software and Exablox hardware as stand-alone offerings, he said.

StorageCraft already sells its software to be bundled with other storage vendors' solutions, but that business will not be impacted by its acquisition of Exablox, Medeiros said. "Our OEMs provide BDR [backup and disaster recovery] solutions, but Exablox is selling products into the primary and secondary storage market," he said.

The acquisition of Exablox, along with the acquisition last fall of the intelligent recovery and data access solutions of Gillware Data Services, gives StorageCraft a solid footprint in the full gamut of data protection and services, Medeiros said.

"Our legacy was image-based backups," he said. "Last year, we acquired Gillware for file-based backups. Exablox brings us object storage. It's important for us to address all types of data."

Medeiros declined to discuss Exablox's finances or the cost of the acquisition in detail. However, he said, both companies in the last quarter reported record revenue, and have continued to expand their investments.

"Exablox is in a situation where it's trying to grow the market," he said. "It's in the investment phase. Hopefully it will be able to take advantage of the opportunity presented by StorageCraft."

StorageCraft has about 8000 channel partners worldwide, while Exablox has about 1000 partners, Medeiros said. About 200 of StorageCraft's platinum-level and gold-level partners also partner with Exablox.

The acquisition also lets StorageCraft beef up its executive team.

Brockett will take the reins as StorageCraft's new president, a role that Medeiros has held in addition to that of CEO.

Both James and Barnes had earlier said they would be retiring from StorageCraft, but they will remain on the company's board of directors, Medeiros said.

Jawaad Tariq, vice president of engineering at StorageCraft, will retain that role with a focus on developing StorageCraft's legacy offerings.