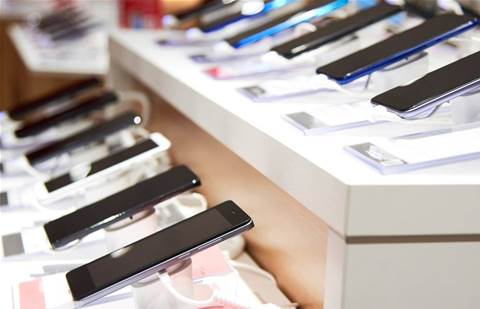 Rod Harris managing director of Queensland-based reseller TeleBiz Telco told CRN he had previous dealings with Optus as a reseller and wasn’t too happy with his experiences.

He said he dealt with Optus more than fifteen years ago and hopes the telco is doing things differently.

Lawyer Dean Lockwood also cautioned resellers before they take up any agreements as a reseller for any telco.

“Working with telecommunications businesses made me realise that the greatest contribution I could make to my clients would be if I learned how to develop strategies to create value for them and then help them to implement those strategies,” he said.

After five years as a lawyer, he left the comfort of his job at King & Wood Mallesons (with a fancy office and all) and jumped into the fry pan that was McKinsey and Co, as a management consultant, he added. He now owns his own telco reseller consulting management firm called Telco7.

“I have acted for telecommunications resellers in court, and other dispute resolution forums, for almost 15 years,” he said. “There isn’t a telecommunications carrier of significance in Australia I haven’t been opposed to on behalf of my clients,”

Lockwood said many things have changed in the telco space but as the “expression goes the more things change, the more they stay the same”.

He likened it to "a washing machine cycle -- wet, wash, spin, repeat".

In his experience, every client who “operates, or has operated, as an SMB reseller has found it challenging”.

He said carriers are very experienced in “setting up the distribution channels they want and structuring their agreements and business processes with resellers to serve the carriers’ interests”.

“No one contemplating becoming an SMB reseller should underestimate that, nor should they underestimate the potential impact of that on their future business,” he added. “There are always differences, but fundamentally, the challenges for channel partners when dealing with the carriers are the same.”

Lockwood said he has worked across all three channels, enterprise, consumer and SMB, for nearly 20 years now and “what they have in common is far more significant than their differences”.

“The telecommunications industry can be a colourful one,” he mused.

“I think it’s great that Optus is now saying it sees the value of a strong and vibrant SMB reseller channel,” he said. “That means they are back at the start of the cycle. My advice to anyone contemplating becoming an SMB reseller is very simple.”

“That is crucial to your business planning because students of history don’t repeat the mistakes of the past,” he said.

CRN reached out to both Optus and Telstra for comment about the channel.

“The relationship we have with our partners means we can tap into technical specialists that have single deep domain or multi-domain expertise, across metro and regional Australia,” she said. “Our channel partners are not resellers per se. Instead, partners act as agents where we pay a commission for partners to sell, deploy and support our solutions to customers on our behalf.”

According to Pillay Telstra has designed a set of guiding principles also known as Rules of Engagement that apply across Telstra teams and to all partners, for consistent customer engagement.

“These guidelines cover how we work together, how partners are selected to deliver solutions and how we resolve engagement issues if they arise,” she said. “Importantly, we expect everyone to respect a set of incumbency rules to help protect the interests of our customers and partners where a relationship exists.”

Pillay said the telco “recognises the importance of ensuring a fair playing field” for its channel.

“Our Telstra Accreditation program is built around a tiered learning development framework where partners can be accredited with a Platinum, Gold, Silver or Accredited status,” she said. “These tiers help partners differentiate themselves in the market by demonstrating the breadth and depth of their expertise and performance.”