Strong advocates needed to close gender gap in Australian IT 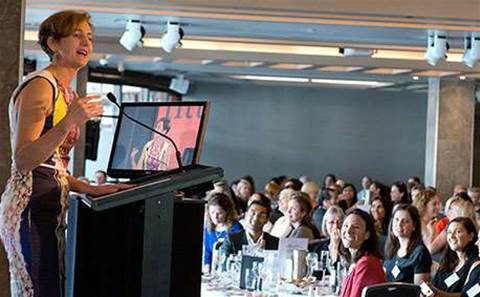 Linked gallery: Females in IT lunch sells out in Sydney

IT industry leaders have called for a change of culture and promotion of science, technology, engineering and mathematics (STEM) education in schools to encourage more women and girls into a still male-dominated field.

The calls came at an International Women's Day luncheon yesterday in Sydney's Cockle Bay, held by industry group Females in IT & Telecommunications (FITT).

"In the IT industry, only one in five people in the management layer are women… and only 30 percent of the workforce are female," said Yolanda Beattie, public affairs executive manager at the Workplace Gender Equality Agency. "Only 10 percent of computer science graduates are women."

The low proportion of women "unconsciously" leads to a corporate culture that is averse to equal pay, promotion opportunities and flexible working arrangements. "Flexible workplaces are seen as a token gesture for working mothers," said Beattie.

CIO Advisory director Susan Sly – who was crowned iAwards CIO of the Year in 2013 – told the room of more than 460 guests that, like it or not, women are in the minority in IT and support from male colleague are required to achieve workplace diversity.

Beattie called for promotion of STEM subjects to girls at an earlier age to boost numbers. "You see kids who are proud to be bad at maths but you never see anyone bragging that they are poor at reading and writing. This 'uncool' perception of STEM needs to be changed."

Wenborn said that diverse companies "simply perform better" and that Origin Energy tried to remove "unconscious bias" with a series of measures, including having women on all job interview panels, providing paternity leave, reporting gender equality progress back to the market, and closing the pay gap.

"The industry average [for the gender pay gap] is more than 20 percent. But we have it down to 2 percent. We're still not quite there yet, but made a lot of progress," said Wenborn.

CRN is a media partner of FITT.