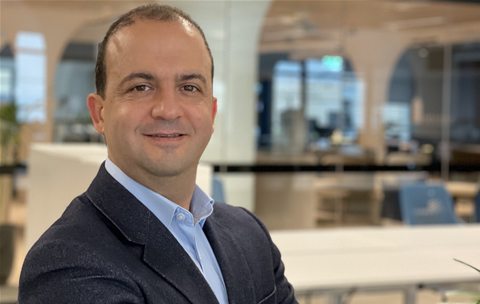 The Sydney-based company specialises in AI software for student safety and wellbeing in primary and secondary schools.

The company currently has its software deployed in 600 primary and secondary schools and covering 400,000 students. The software is designed to monitor student behaviour in school environments to mitigate cyber bullying and improve student’s digital citizenship.

The software runs on a school’s network and works with multiple languages. Integrations include Palo Alto Networks, Fortinet, Sophos, OCTA, Canvas, Office 365 and G-Suite. The company is also working on integrations with Cisco and Zscaler.

The company was recently part of a $50 million deployment for South Australian schools by Telstra Purple in 2020.

Minassian has spent the last three years as an advisor to the company while also running his own business advisory company. He told CRN that he has now put all his other interests on hold to focus on Saasyan.

As CEO his role will encompass leadership, customer advocacy, product management, strategic partnerships and commercial management to accelerate the company’s growth strategy, according to Saasyan.

Minassian was the founder and CEO of Contexti, a data analytics and AI company which
he founded in 2012, He sold the company to Melbourne-based Versent in 2019.

“When I first met Saasyan’s founder and CTO Greg Margossian over 3 years ago, I sensed he was special and he was building something extraordinary,” Minassian said.

“Since then I have had the opportunity to work alongside Greg as an advisor to him
and to Saasyan, where over time we have discovered we share similar values on how we lead
people, how we build world-class products and how we want to create impact and leave a positive contribution to society. We’re fortunate the stars have aligned for us to join forces in serving such a worthy mission being student safety and wellbeing across the world.”

Saasyan’s founder and CTO Greg Margossian said “In addition to building a world-class product we want to build a world-class company.

"Sidney’s passion and care for people and his experience in building and scaling ventures internationally makes him the ideal CEO to lead Saasyan’s next phase of growth.”