Superhero Daughter Day to encourage girls into IT 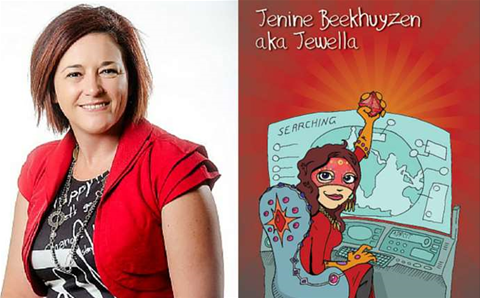 The Tech Girls Movement (TGM) has teamed up with Diverse City Careers (DCC) to create “Superhero Daughter Day” - an event aimed at enticing more female students to pick ICT as a career of choice.

The 12 March event, which aligns with International Women’s Day, will see students ranging from years one to seven being invited to meet inspiring female role models in the IT industry. They will also hear from one of the Microsoft's star tech girls on what it’s like to work in ICT.

Held in Brisbane for the very first time, the event also aims to get young girls to learn about IT careers, participate in creative games and create their own “tech superheroes”.

DCC founder Gemma Lloyd said the event will also coincide with the launch of TGM’s second edition of the “Tech Girls are Superheroes” picture book, which is aimed at encouraging young girls to develop a strong interest in technology and business.

“We are thankful for Microsoft’s support of this event. With women making up less than 30 percent of the IT workforce, creating a pipeline of women in ICT is a crucial initiative, and many of our clients have a strong focus in this area, which is great to see,” said Lloyd.

TGM founder Dr Jenine Beekhuyzen said: “Since the release of the first 'Tech Girls are Superheroes' book, over 20,000 copies have been distributed through the help of sponsors and partners. We’re excited about the launch of the second book. A big thank you to Google, who are supporting the distribution of over 9,500 books to all school libraries in Australia.”

Grabbing the hybrid cloud opportunity with Lenovo and Azure Services
By June Ramli
Feb 23 2016
12:01AM