Surface 2 owners locked out after updates 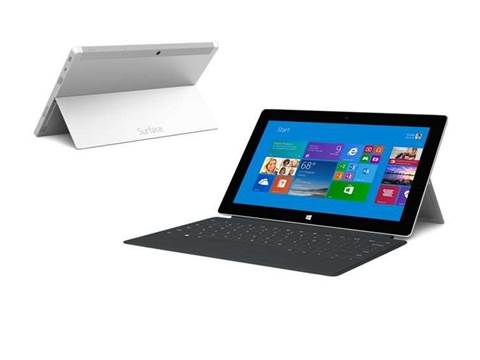 Firmware updates to Microsoft's Surface 2 tablets have locked some users out of their devices - unless they know their lengthy BitLocker recovery key.

The problem has been reported on Microsoft's Community Forums, where users complained of having to hunt around for their keys after installing updates, rebooting, and finding their devices locked.

"Whenever it reboots - let's say for updates or things like that - I have to enter the BitLocker key. This is really starting to annoy me," said one user, Nsmet.

It isn't clear whether the problem occurs after specific updates and Microsoft hasn't responded to a request for comment.

In several cases, users said they weren't aware BitLocker was enabled by default and had to find a nearby PC to log into their Microsoft accounts to recover their key.

Others resorted to keeping the key written down and stashed in their wallets, in case their devices locked while they were on the move.

"If I hadn't had another PC that was trusted nearby it would have been a nuisance," said user grahamfc.

Microsoft does have a support page acknowledging that Surface tablets occasionally ask for BitLocker recovery keys if there are any issues on boot up. However, there's no advice for recurring key requests.

Users contacting Microsoft for support have been advised to reset their devices, though that hasn't worked for everyone. One Microsoft forum adviser suggested switching BitLocker off, though users suggested this isn't possible with Windows RT 8.1.

"It would be nice to hear something from Microsoft on this besides the one response that doesn't seem to apply to RT," commented forum user James Godfrey.

The issue comes after Microsoft admitted a flaw with the Surface 2, which made the screen dim while the device ran demanding applications, such as games.