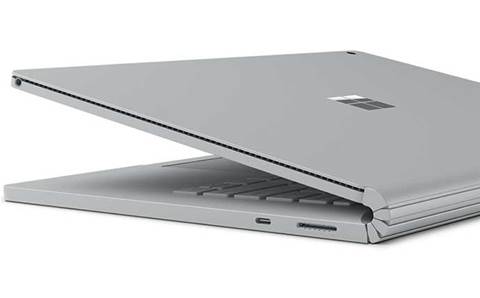 Microsoft has confirmed that the battery on its Surface Book 2 2-in-one laptop drains during gaming or heavy graphics processor usage, even when plugged into the charger.

How quickly the battery drains depends on the on the screen resolution, the games being played, and the processing load the GPU is being put under.

As initially reported by The Verge, the problem appears to come from the charger which only supplies 95 watts of power to the device. With the processor alone needing 25 watts on high-power mode and the Nvidia GTX 1060 graphics card reportedly needing 70-80 watts, there is simply not enough power to run it all.

At max performance, the battery, located in the base of the laptop, depletes rather quickly with the power reportedly draining at least 10 percent an hour, or more depending on the load, even when plugged in.

While the Surface Book 2 does throttle the graphics card when set to "better performance" and "best battery" mode, The Verge reports the throttling makes some games unusable after a short amount of time. This is likely to be the case with applications that also make heavy use of the GPU.

"The Surface Book 2 Power Mode Slider is provided as a means to give the user control over the range of performance and battery life. In some intense, prolonged gaming scenarios with Power Mode Slider set to 'best performance' the battery may discharge while connected to the power supply provided in-box with Surface Book 2," a Microsoft spokesperson told said when asked about the problem.

"However, through power management design, the battery will never drain entirely, ensuring that users are able to keep working, creating or gaming."