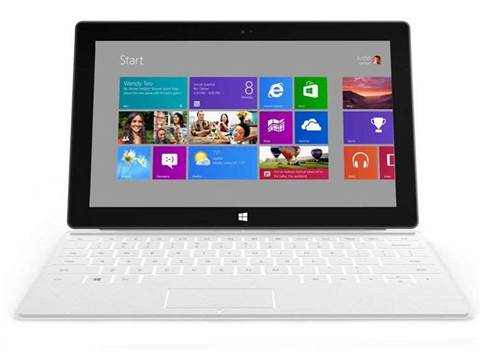 Mistakes in a users guide suggest the Surface Mini was supposed to arrive alongside the Surface Pro 3.

In May, Microsoft revealed the Surface Pro 3, but didn't unveil a widely expected Surface Mini, thought to be a 7in or 8in tablet.

At the time, it was suggested Microsoft pulled it because it "wasn't different enough from rivals and probably wouldn't be a hit".

Of course, there was never any proof - only rumours, speculation and leaks - that Microsoft had even made a Surface Mini, or intended to reveal it in May - until now.

Windows watcher Paul Thurrott was reading through a recently released guide to Surface Pro 3, and noticed something odd.

"There are Surface Mini references all over the Surface Pro 3 User Guide," he said on Twitter. "Hilarious."

The document revealed that the smaller tablet would have supported the same stylus as the Surface Pro 3. The Mini's inclusion in the same release document as its larger sibling suggests Microsoft intended the two devices to arrive together.

However, the user guide littered with Mini references has since been taken down and replaced with one that has no mention of the smaller tablet.