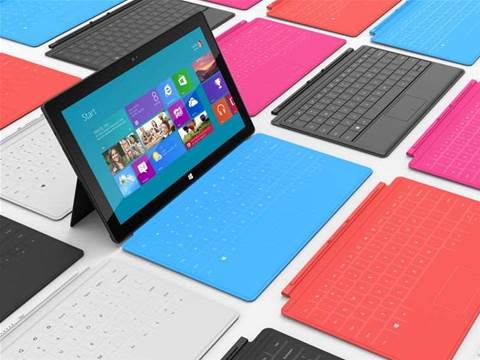 Microsoft has long been rumoured to be shrinking down its tablet design for a Surface mini.

The latest reports to surface - yes, we went there - suggest the tablet will arrive this spring, and come with stylus support to take on the likes of the Samsung Galaxy Note line.

Microsoft has previously said it was working on different sizes of its tablet, but confirmed little else. Here's our round-up of the latest news and rumours - we'll update it as more leaks arrive.

That's now arrived, and while there's no sign of the tiny tablet, it's still tipped to arrive soon - as in, very soon - or by the winter.

There's little detail about the hardware. It's expected, says Neowin, to be in the 7in or 8in range, and will likely look similar to its larger Surface siblings.

Foley suggested last year that the Surface mini would run ARM, and therefore run Surface RT - although Microsoft has tweaked the full version of Windows 8.1 to work better on 8in tablets.

Analyst firm IHS iSuppli has said its sources and data suggest the device will feature a 7.5in display with 1,400 x 1,050 resolution, and may include mobile connectivity.

Subsequent reports from Taiwanese manufacturers have suggested Microsoft has ordered 8.5in displays.

The Surface mini will support a pen along the lines of a Wacom digitser, said Neowin, saying it will be marketed as a note-taking device.

That makes sense for a smaller tablet, letting Microsoft continue to push its potential for work despite its smaller display size making Office software such as Excel harder to use.

Let us know in the comments if a smaller Surface is what you've been waiting for.