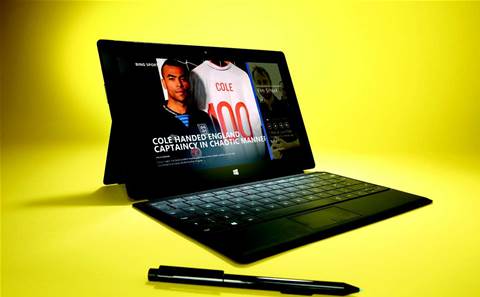 Microsoft has quietly upgraded the Surface Pro 2 with a faster chip.

The change was first spotted by a Surface Pro 2 owner who returned his original tablet after a failed firmware update.

He then spotted the upgraded processor on his replacement version.

"To my surprise, when I checked the System Properties in the Control Panel on my replacement SP2, the processor was upgraded to a i5 4300U [clocked at] 1.9Ghz to 2.5 Ghz," said GuyGlennon, commenting on Microsoft's forums.

He noted battery life remained the same, despite the more powerful processor.

Microsoft confirmed it had swapped out the Surface Pro 2's chip, but didn't explain why.

"Microsoft routinely makes small changes to internal components over the lifetime of a product, based on numerous factors including supply chain partnerships, availability, and value for our customers," a spokesperson told The Verge. "With any change to hardware or software, we work to ensure that the product experience remains excellent."

It isn't clear whether the upgraded tablets are available in Australia yet. Microsoft hasn't responded to PC Pro's request for comment.