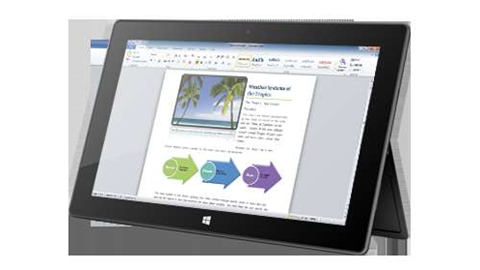 Microsoft has confirmed the Surface Pro will be available  in Australia later in the year, following a new round of international shipments commencing at the end of this month.

The company managed to sell only 1 million Surface tablets in its fourth quarter, half what it projected. Part of the reason was its controversial decision to bypass its traditional reseller channel in favour of selling the product direct online, a decision which was subsequently reversed.

But it also faces intense competition from tablet makers such as Apple and Samsung, with the former having achieved major penetration in the business world.

Microsoft, which is yet to provide local pricing, or set a specific launch date for the Surface Pro, said the product would be rolled out to Australia along with China, France, Germany, Hong Kong and New Zealand.

It also announced it would soon begin shipping the Surface RT with Windows RT to Japan, Mexico, New Zealand, Russia, Singapore and Taiwan.

As competition hots up in the business market for tablets Microsoft is eager to capitalise on its huge installed base and convince IT managers to opt for the Surface over the iPad and Android-based tablets.

The company says while the Surface RT is a tablet with “some” laptop capabilities, the Surface Pro running Windows 8 functions like a full-blown business laptop.

“With Surface Pro, customers can do virtually everything they have ever done on a PC, ranging from using their favourite desktop applications to enjoying the protection of world-class safety and security software,” Microsoft said.