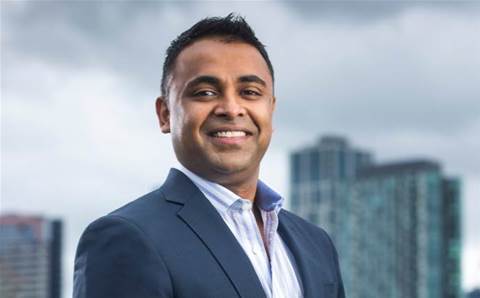 Suthan Naganayagam has returned to SAP after spending six months as the chief executive of Perth-based network security vendor Netlinkz.

Naganayagam was appointed in October 2016 following a restructure of the company that saw one co-founder stepping into the director of innovation and business development role.

At the time, Naganayagam told CRN that the company's hardships, which resulted in a revenue loss of $9.9 million in 2016, was due to the fact the co-founders had focused more on the development of the product than its go-to-market strategy.

Netlinkz executive chairman James Tsiolis said: "Mr Naganayagam has made a valuable contribution to the Netlinkz board. Our board thanks him for his service, professionalism and commitment and wish him all the best for his future endeavours."

Naganayagam, who had previously worked for SAP for five years, returned to the company in a slightly different role.

A SAP spokesperson told CRN: "SAP can confirm that Suthan Naganayagam has returned to SAP Australia and New Zealand in a new role as director, ecosystem and alliance, SAP S/4HANA cloud. SAP S/4HANA Cloud is at the heart of SAP's innovation roadmap for the industry's next-generation, intelligent enterprise resource planning (ERP) suite, and Suthan's expertise will help accelerate SAP to become the cloud ERP leader in ANZ."

Naganayagam has more than 15 years of experience in the technology industry, having worked for IBM, Business Objects and Getronics.

Netlinkz did not respond to CRN's request for further comment.