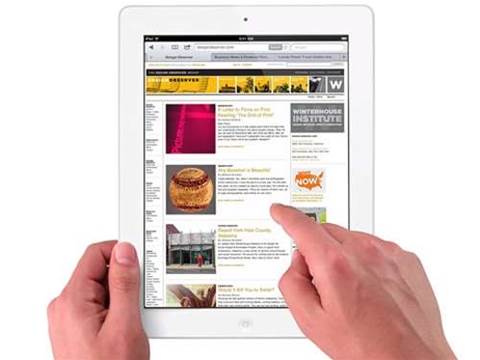 Sweden's consumer protection watchdog is keeping a close eye on Australia’s response to Apple’s iPad '4G' marketing as it determines whether to take similar action.

“The Swedish Consumer Agency is investigating the marketing on Apple’s website as we have received complaints from consumers,” Marek Andersson, a legal advisor for “Konsumentverket”, Sweden’s Consumer Agency, told CRN sister site iTnews.

The Australian Competition and Consumer Commission's (ACCC) allegation that Apple misled consumers by marketing its latest tablet as '4G' compatible when Australia's networks did not support it, spread quickly amongst Sweden's mainstream and technology press.

Sweden has one of the most developed markets for 4G in the world, yet no carrier there supports Apple's iPad '4G' radios.

“It’s correct that the Swedish 4G networks will not work with iPad 3 even though it’s marketed as a 4G pad," said Andersson.

"Nor will it work in any of the neighbouring countries or in the member states of EU as none of the operators use the frequencies the iPad is manufactured to work with,” he added.

Additional concerns in Europe include roaming and whether different SIM cards each operator issues would support 4G in different countries.

TeliaSonera, Sweden’s largest carrier, notes on its website the new iPad realistically supports speeds up to 32 Gbps. If its subscribers want the carrier’s true 4G speeds they would need to purchase an additional 4G router and connect through wifi.

Apple's Australian legal counsel on Thursday argued the company never referred to the iPad's 4G compatibility with Telstra's 4G network, and it does not mentioned Telstra on its Australian iPad page.

Apple's Swedish iPad page however, contains the logos of the nation’s major mobile carriers Three, Tele2, Telenor and Telia next to its “Wi-Fi + 4G” option.

All of Sweden's carriers have launched 4G networks in certain areas, but like Australia and almost every other country in the world, they rely on different spectrum to US-based 4G networks, such as Verizon and AT&T.

“As I see it this could be misleading as the consumer may think that the product will work on the Swedish 4G networks,” said Andersson of Apple's placement of carrier logos.

Anderson said it was “too early” to say what the Swedish consumer agency’s actions would look like “but a guess would be telling the company to either remove 4G from the advertising or change the information thus being much clearer where the product works with 4G networks.”

The 4G matter will be a complex one to sort out compared with claims about 3G or GSM, especially in Europe where roaming between countries is higher, adding to confusion consumers face, said Anderson.

“Consumers may not always be sure that the products can roam on networks while for example on a business visit or vacation abroad. The same may apply if the consumer inserts a SIM card from a different ISP.”

Grow your software revenue by selling these 5 affordable, essential tools for the modern workplace
By Liam Tung
Mar 30 2012
8:21AM