Swift Media’s Pippa Leary to step down as CEO 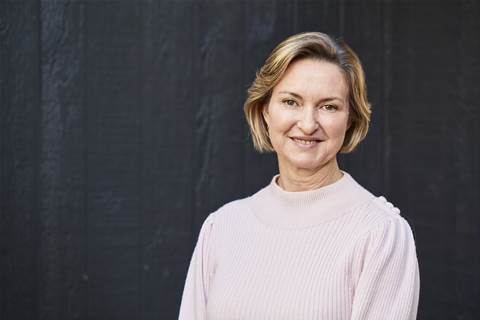 Swift Media chief executive Pippa Leary is stepping down and moving to a non-executive director role as the company transitions to a new operating model and is considering acquisitions.

Leary will be replaced by the current executive director and CFO Brian Mangano, who will take over as CEO and managing director.

Swift is a telecommunications and content solutions provider, specialising in network infrastructure, entertainment and communications.

In an ASX post announcing the change of leadership, Leary said “Completing the transition from an opportunistic business operating in multiple non-profitable verticals, to a business focused on generating recurring revenue in profitable and scalable verticals, means a shift to a non-executive role is the natural next step for my involvement with Swift.

“After we pivoted toward mining during COVID, divested non-core parts of the business and increased our concentration of resources in Western Australia, it makes sense for Swift to now have a WA based chief executive officer. I hope to support Brian by being an active non-executive Board Member with a detailed understanding of the challenges faced by the new Swift.”

Swift chairman Darren Smorgon said of Leary’s departure, “The board acknowledges the huge contribution that Pippa has made to the successful turn-around of Swift and is pleased that Pippa and Brian will continue their close working relationship as Swift enters an exciting new phase of growth.”

Mangano has been with Swift since April this year. Prior, he was the chief financial officer at spatial data services provider Veris, and has worked in financial leadership roles for construction and pharmaceuticals companies.

“We are excited to announce Brian as the new CEO and MD of Swift. Over the past 5 months, the Board have been impressed with the M&A conversations Brian has bought to the table as well as his ability to set a clear strategic path for Swift, and his excellent network within the WA business community,” Smorgan said.

“Brian has already taken a leadership position within the Swift business, necessitated by the ongoing isolation of Western Australia, and his strong track record in managing and acquiring businesses is exactly what Swift needs at this stage of its evolution.”

Of his appointment, Mangano said, “I feel fortunate to step into this role at an exciting time for the new Swift. Even before taking on the Director and CFO roles, I have followed Swift’s journey closely and have been a shareholder for a number of years. As a result of the work completed over the past two years by Pippa and the team, the fundamentals of the Swift business are strong. With a strengthened balance sheet, neutral cashflow and a next-generation product being introduced into the market, Swift is on the cusp of robust growth.”

He added, “The company now has a values-based high-performance culture where the entire business is aligned in its pursuit of high-quality recurring revenue. Rapid upskilling in sales and product development have also improved the depth and calibre of Swift’s team.

"The next challenges for Swift are largely executional – taking Swift Access to market to increase share in Mining and Aged Care, while pursuing growth in Government and Retirement Living sectors and exploring partnership opportunities that could lead to accelerated growth through M&A.”

Eliminating departmental friction within MSPs
By Ben Moore
Sep 17 2021
10:44AM