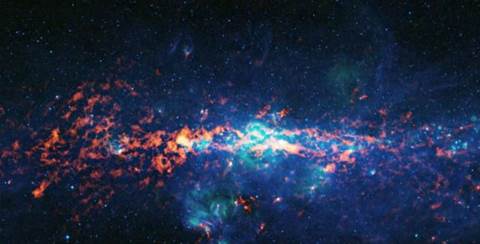 GSTAR was the first phase of Swinburne’s two-stage, high-performance computing (HPC) deployment, which had a total of $2.5 million to $3 million in funding.

By early 2012, the project was expected to deliver the 130-TFLOP, GPU-based gSTAR, as well as a separate, CPU-based HPC that would deliver between 30 and 80 TFLOPS and was yet to be named.

Phase One alone had $1.04 million in Federal Government funding, and would deliver more than ten times the processing power of Swinburne’s four-year-old, $1 million ‘Green Machine’.

Each gSTAR node would comprise two GPUs – a mixture of nVIDIA C2070 and M2090 cards – and 12 CPUs based on Intel’s Westmere architecture.

By September, Phase One was also expected to deliver a total of one petabyte of rapid-access disk storage, which would be connected to gSTAR and the CPU-based machine via QDR infiniband.

Swinburne’s supercomputer manager Jarrod Hurley said although users would be able to transfer data across both machines, “we don't envisage people running a single job across the full system”.

The GPU-based gSTAR would be best suited to parallel applications, he explained, and although researchers would not be forced to exploit the capabilities of GPU supercomputing, projects that did so would be given priority.

When deployed, both the new HPCs would be housed in a data centre on the fifth floor of the university’s new George Swinburne building.