Swoop revenue grows by 62 percent in half year results 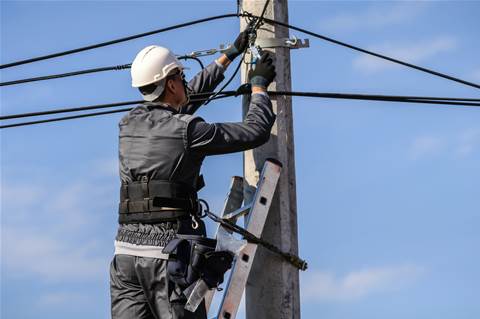 Warragul-based telco Swoop has reported $23.9 million in revenue for the first half of the financial year, up 62 percent on the last half-year.

The fixed wireless and wholesale network infrastructure provider’s underlying earnings before interest, taxes, depreciation grew by 130 percent over a year to $5.3 million.

However, Swoop’s statutory loss finished on $2.9 million for the half-year ended 31 December 2021, which the company attributed to the cost of recent acquisitions and employee performance benefits.

During the reporting period Swoop acquired three networks— Speedweb, Countrytell and VoiceHub—and has added Luminet and iFibre to its list this year.

Swoop’s also attributed the statutory loss to $250,000 of “non-cash share-based expenses relating to performance rights issued during the 6 months to staff,” in its half-year results.

Swoop said the acquisitions were funded by a $41 million capital raise in October last year. Swoop released approximately 22 million shares at $1.85 per share.

“We had a fantastic half year which was capped off by another capital raise and a number of successful acquisitions which will facilitate further organic growth into new markets with new services,” Swoop chief executive officer Alex West said in a statement.

“Along with the Board, the executive team and I are well on track to creating the next national Australian telco. We expect that the business will remain on target for an equally successful second half of FY22.”

Swoop debuted on the Australian Securities Exchange in May last year.