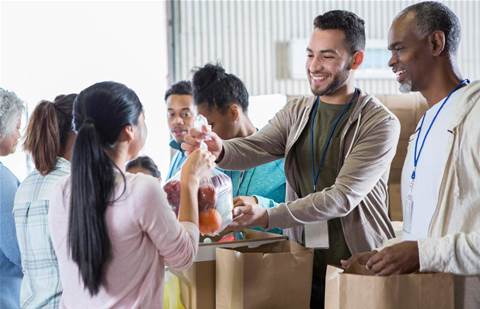 Cloud and IT managed services provider SXiQ has partnered with social enterprise PonyUp for Good to convert old tech from energy retailers Red Energy and Lumo Energy’s into 47,000 meals for the underprivileged.

The initiative followed SXiQ rolling out 6500 new devices — including docking stations, monitors, keyboard and mice — to the Snowy Hydro-owned energy retailers’ combined 1000 staff as part of their recent office relocation.

The integrator then helped wipe and de-badge some 2300 old PCs and display monitors, plus a number of peripherals, which were then resold by PonyUp for Good through various channels.

Half of the proceeds from the sale of the newly refurbished equipment were then donated to food rescue charity SecondBite, enough to pay for 46,905 meals, for people across Australia experiencing food insecurity.

“We were thrilled to help foster this new partnership with Red Energy and Lumo Energy, having the one collective goal of ‘turning laptops into lunch’,” SXiQ general manager of sales and strategy David Erenboim said.

SXiQ wiped and debadged most of the equipment, including 950 desktop PCs and laptops and more than 1400 displays, as well as peripherals like keyboards, mice and telephony equipment.

The retailers’ chief executive Iain Graham said the environmental and social outcomes “far exceeded” the investment the companies made and their expectations.

“To think that we’ve saved more than 20,000kg of old IT equipment from landfill is satisfying,” Graham said. “But even better, that we’ve been able to recycle and sell a lot of that equipment, channelling the profits raised into helping a charity like SecondBite is just wonderful.”

“Through our partnership with SXiQ, Red Energy & Lumo Energy have now been able to deliver such a cool brand story and legacy from their recent relocation,” PonyUp for Good co-founder Mardi Brown said.

“Their enthusiasm for this initiative was through the roof from day one — It’s been a win for everyone.”